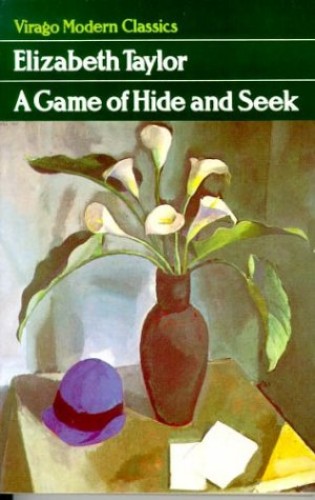 A Game Of Hide And Seek
by Elizabeth Taylor

A Game Of Hide And Seek Summary

A Game Of Hide And Seek by Elizabeth Taylor

During those summer games of hide-and-seek Harriet falls in love with Vesey and his elusive, teasing ways. When he goes to Oxford she cherishes his photograph and waits for the letter which doesn't come. Then Charles enters her life, a solid and reliable solicitor, and Harriet stifles her imaginings. With Charles and their daughter, she excels at respectability: its crimson-papered walls, remembered birthdays and jars of lilac. But when Vesey reappears, her marriage seems to melt into nothing. Harriet is older, it is much too late, but she is still in love with him.

First published in 1958, this is Elizabeth Taylor's subtlest and finest work.

Customer Reviews - A Game Of Hide And Seek

A Game Of Hide And Seek Reviews

Elizabeth Taylor is finally being recognised as an important British author: an author of great subtlety, great compassion and great depth. As a reader, I have found huge pleasure in returning to Taylor's novels and short stories many times over. As a writer I've returned to her too - in awe of her achievements, and trying to work out how she does it * Sarah Waters *
Always intelligent, often subversive and never dull, Elizabeth Taylor is the thinking person's dangerous housewife. Her sophisticated prose combines elegance, icy wit and freshness in a stimulating cocktail - the perfect toast to the quiet horror of domestic life * Valerie Martin *
A magnificent and underrated mid-20th-century writer, the missing link between Jane Austen and John Updike' -- David Baddiel * Independent *
A Game of Hide and Seek showcases much of what makes Taylor a great novelist: piercing insight, a keen wit and a genuine sense of feeling for her characters -- Elizabeth Day * Guardian *
The unsung heroine of British 20th-century fiction. Elizabeth Taylor wrote 12 novels, and each displays her exquisitely light touch, her firt for discreet irony and her skill at revealing the emotional depths behind even the meekest exterior. She is at her very best here, a novel in which love is never declared, but is meticulously evoked. No writer has described the English middle classes with more gently devastating accuracy * Rebecca Abrams, SPECTATOR *
Her stories remain with one, indelibly, as though they had been some turning-point in one's own experience * ELIZABETH BOWEN *

Elizabeth Taylor (1912-1975) was born in Reading, Berkshire and spent much of her life in Penn, Buckinghamshire. Critically she is one of the most acclaimed British novelists of this century. Virago publishes twelve of her sixteen works of fiction.

GOR001278634
A Game Of Hide And Seek by Elizabeth Taylor
Elizabeth Taylor
Virago Modern Classics
Used - Very Good
Paperback
Little, Brown Book Group
1986-05-29
272
086068556X
9780860685562
N/A
Book picture is for illustrative purposes only, actual binding, cover or edition may vary.
This is a used book - there is no escaping the fact it has been read by someone else and it will show signs of wear and previous use. Overall we expect it to be in very good condition, but if you are not entirely satisfied please get in touch with us.