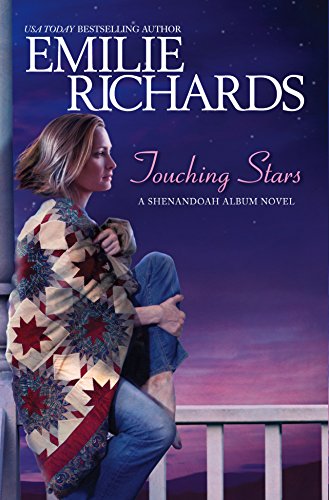 Gayle Fortman has built a good life
for herself and her three sons in the
Shenandoah Valley of Virginia. Divorced
f
Eric Fortman, Gayle has made a success
rom charismatic broadcast journalist

of Daughter of the Stars, a popular bed-
and-breakfast. She has even maintained
a cordial relationship with Eric, covering
with the boys for his absences and broken
promises. Family was never a priority
for her ex-husband, even when they were
still married. Luckily Travis Allen, her
closest
surrogate father to the boys and her own
neighbor, has been a loving best friend.

Th
graduation, Eric returns, but not for the

en, on the eve of oldest son Jared's

celebration. He nearly lost his life in
Afghanistan. Worse, he has lost his way
and his courage, and needs a place to
recover. Gayle realizes this might be the
last chance for her sons to establish a real
bond with their father, and o?
summer at the inn and a chance to put

things right. Gayle and Eric are all too
aware that the love and attraction they
once shared are still there. But can the
pieces of their broken lives be mended, or
are they better laid to rest?

Emilie Richards's many novels feature complex characterizations and in-depth explorations of social issues. Both are a result of her training and experience as a family counselor, which contribute to her fascination with relationships of all kinds. Emilie and her husband enjoy dividing their time between the Florida Gulf Coast and Chautauqua County, New York. She is currently working on her next novel for MIRA Books.

CIN000479091
Touching Stars by Emilie Richards
Emilie Richards
STP - Mira
Used - Very Good
Hardback
Mira Books
2007-09-21
0778324729
9780778324720
N/A
Book picture is for illustrative purposes only, actual binding, cover or edition may vary.
This is a used book - there is no escaping the fact it has been read by someone else and it will show signs of wear and previous use. Overall we expect it to be in very good condition, but if you are not entirely satisfied please get in touch with us.