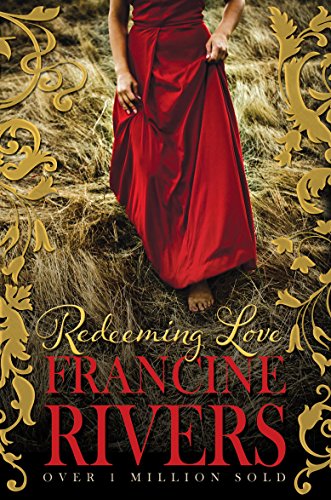 Angel, living in California's Gold country, is sold into prostitution as a child and quickly learns that men want only one thing from her and are never to be trusted. It is her burning hatred towards these men that keep her alive and she has no intention of changing her ways until Michael Hosea, a godly man, declares God has called upon him to marry her and love her unconditionally.

Angel leaves her difficult life behind and slowly, day by day, her heart starts to warm towards Michael. But with these new feelings of affection come overwhelming feelings of unworthiness and fear. Can Angel overcome these feelings of shame and accept Michael's love and the love of God who loves her unconditionally?

This classic story of God's unconditional love has captured the hearts of millions worldwide.

Francine Rivers is a New York Times best-selling author, and her novels have been awarded numerous prizes, including the RITA Award, the Christy Award, and the ECPA Gold Medallion. She's been inducted into the Romance Writers Hall of Fame. Although raised in a religious home, Francine did not truly encounter Christ until later in life, when she was already a wife, mother, and an established romance novelist. Shortly after becoming a born-again Christian, Francine wrote Redeeming Love, one of the Christian Booksellers Association's top-selling titles, as her statement of faith.

GOR005677323
Redeeming Love by Francine Rivers
Francine Rivers
Used - Very Good
Paperback
Lion Hudson Ltd
2013-08-01
448
1782640312
9781782640318
N/A
Book picture is for illustrative purposes only, actual binding, cover or edition may vary.
This is a used book - there is no escaping the fact it has been read by someone else and it will show signs of wear and previous use. Overall we expect it to be in very good condition, but if you are not entirely satisfied please get in touch with us.