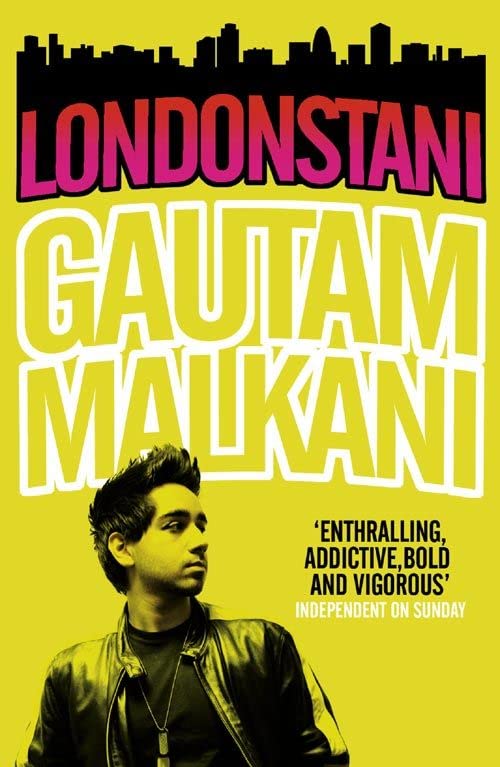 `Londonstani', Gautam Malkani's electrifying debut, reveals a Britain that has never before been explored in the novel: a country of young Asians and white boys (desis and goras) trying to work out a place for themselves in the shadow of the divergent cultures of their parents' generation.

`Londonstani', Gautam Malkani's electrifying debut, reveals a Britain that has never before been explored in the novel: a country of young Asians and white boys (desis and goras) trying to work out a place for themselves in the shadow of the divergent cultures of their parents' generation.

Set close to the Heathrow feed roads of Hounslow, Malkani shows us the lives of a gang of four young men: Hardjit the ring leader, a Sikh, violent, determined his caste stay pure; Ravi, determinedly tactless, a sheep following the herd; Amit, whose brother Arun is struggling to win the approval of his mother for the Hindu girl he has chosen to marry; and Jas who tells us of his journey with these three, desperate to win their approval, desperate too for Samira, a Muslim girl, which in this story can only have bad consequences. Together they cruise the streets in Amit's enhanced Beemer, making a little money changing the electronic fingerprints on stolen mobile phones, a scam that leads them into more dangerous waters.

Funny, crude, disturbing, written in the vibrant language of its protagonists - a mix of slang, Bollywood, texting, Hindu and bastardised gangsta rap - `Londonstani' is about many things: tribalism, aggressive masculinity, integration, cross-cultural chirpsing techniques, the urban scene seeping into the mainstream, bling bling economics, 'complicated family-related shit'. It is one of the most surprising British novels of recent years.

`The aspirational gangsta swirls us into a bhuna of gang-fights, inter-faith romance and organised crime, and the dizzying humour that underpins his voice is sharp, clever and convincing...In a linguistic politics redolent of Sam Selvon, Victor Headley and Irvine Welsh, Malkani conveys with elan and expertise, through a sub-urban "desi-dialect", the absurdity of adolescence and the complex self deceptions of contemporary cultural dynamics in the UK.' Independent

`Malkani has some interesting observations about identity and the way in which the culturally oppressed can take strength from their exclusion. The end is a complete surprise and forces the reader to question the skin-deep assumptions we make about race.' Sunday Telegraph

`"Londonstani" is a bold debut, brimming with energy and authenticity.' Observer

`If you're going to read one yoofy, "urban" book this summer, make sure it's "Londonstani"!' Arena Magazine

'With "Londonstani", Gautam Malkani has written one of the most vibrant and fresh first novels in years, innit.' BBC Collective magazine

Gautam Malkani was born in Hounslow. He edits the Financial Times Creative Business Pages. This is his first novel.

GOR001224248
Londonstani by Gautam Malkani
Gautam Malkani
Used - Very Good
Paperback
HarperCollins Publishers
2007-04-02
384
0007231768
9780007231768
Short-listed for British Book Awards: Writer of the Year 2007
Book picture is for illustrative purposes only, actual binding, cover or edition may vary.
This is a used book - there is no escaping the fact it has been read by someone else and it will show signs of wear and previous use. Overall we expect it to be in very good condition, but if you are not entirely satisfied please get in touch with us.