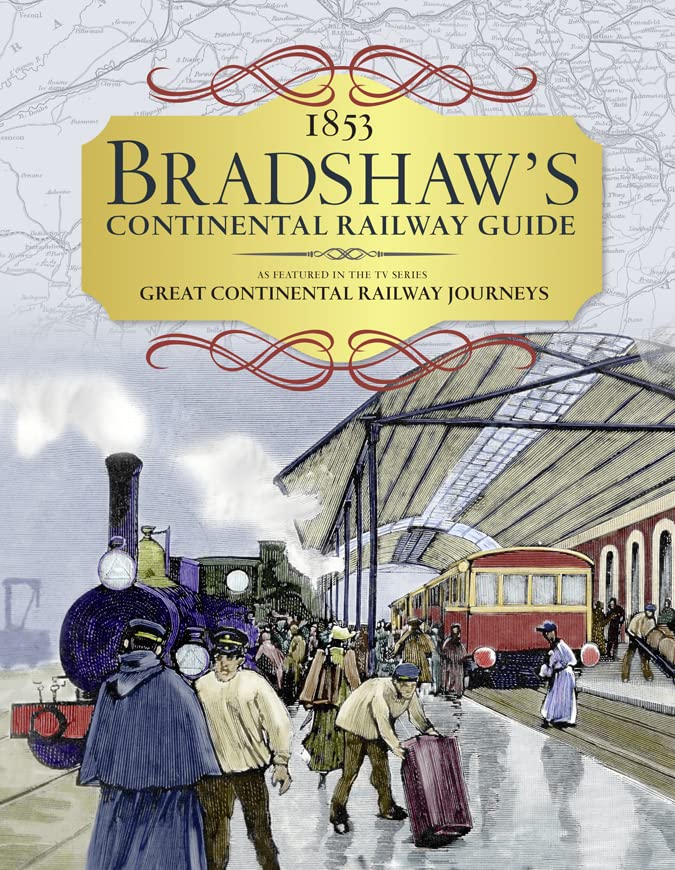 Produced in 1853 at a time that the railways became essential for tourism as well as infrastructure. This new larger format facsimile edition gives you the chance to explore what is now common, through the eyes of a continent for whom rail travel was still a novelty of the age. Providing a fascinating view of European railway travel in the nineteenth century.

Maps which appear as pull outs throughout the original text have been moved to a section after the main book.

In order to make the original documents easier to interpret this edition has been published at a slightly enlarged scale.

Born in Pendleton, near Salford, in Lancashire, on 29 July 1801, George Bradshaw began his career working for J Beale, a Manchester engraver. An accomplished cartographer and his first work, a map of his native county, was published in 1827. His Bradshaw's Monthly Railway Guide was published in 1841 and he soon became a household name throughout the land. His printing house, Bradshaw & Blacklock, became internationally renowned for its maps, guides, books and the Manchester Journal.

GOR008726192
Bradshaw's Continental Railway Guide: 1853 Railway Handbook of Europe by George Bradshaw
George Bradshaw
Used - Very Good
Hardback
HarperCollins Publishers
2016-09-19
480
0008201277
9780008201272
N/A
Book picture is for illustrative purposes only, actual binding, cover or edition may vary.
This is a used book - there is no escaping the fact it has been read by someone else and it will show signs of wear and previous use. Overall we expect it to be in very good condition, but if you are not entirely satisfied please get in touch with us.