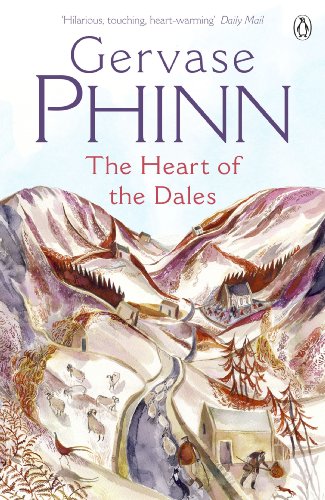 The Heart of the Dales
by Gervase Phinn

In Stock
$9.69
Awkward teachers, pompous school governors and fearsome lollipop ladies occasionally make the author's hectic job as a school inspector more than difficult. But, for him, the main challenge remains the frankly spoken children. This title tells his story.
Like New Very Good Good
16 in stock

The Heart of the Dales Summary

The Heart of the Dales by Gervase Phinn

The Heart of the Dales is the fifth volume in Gervase Phinn's bestselling Dales series.

A teacher was reprimanding a child who had drawn a very wobbly line freehand across his exercise book.
'Don't you know what the word "straight" means?' the teacher asked crossly.'
'Yes, miss,' came the reply, ' "without water".'

The new school year doesn't get off to a good start after a teacher suggests that Gervase has let him and his school down. Called up in front of his new boss, the formidable Miss de la Mare, Gervase fears he is going to be in hot water. To add to his woes, he is given another 'little job' by the Chief Education Officer, which inevitably means liaising with the infuriating and interfering Mrs Savage!

Meanwhile, away from the pressures of school, Gervase's life with his wife Christine and their baby son is blissful - until noises in the attic start to disturb their nights. . .

The Heart of the Dales is Gervase Phinn at his story-telling best.

Gervase Phinn is now nationally recognised as a bestselling author, following the immense success of his books The Other Side of the Dale, Over Hill and Dale, Up and Down in the Dales and Head Over Heels in the Dales, all of which have been top ten bestsellers. He is also the author of the hugely successful A Wayne in a Manger. He is married with four children and lives near Doncaster.

GOR001231049
The Heart of the Dales by Gervase Phinn
Gervase Phinn
Used - Very Good
Paperback
Penguin Books Ltd
2008-06-26
400
0141027673
9780141027678
N/A
Book picture is for illustrative purposes only, actual binding, cover or edition may vary.
This is a used book - there is no escaping the fact it has been read by someone else and it will show signs of wear and previous use. Overall we expect it to be in very good condition, but if you are not entirely satisfied please get in touch with us.