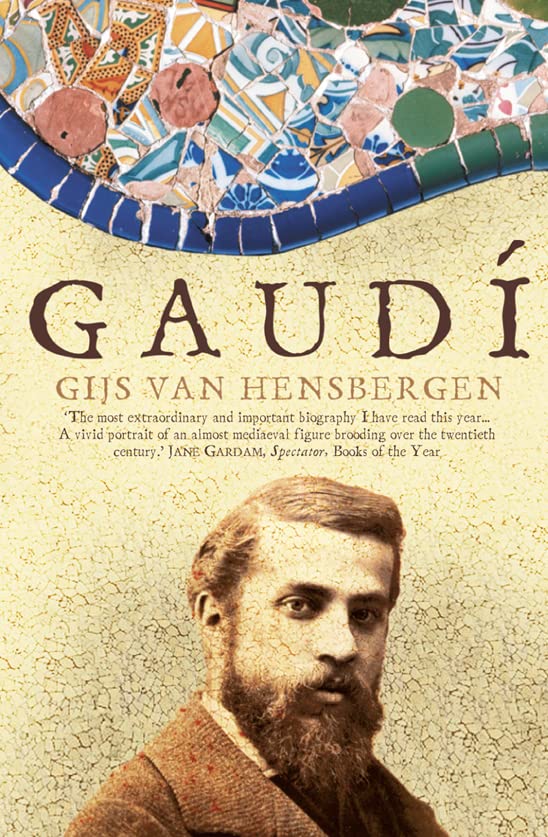 At the time of his death in 1926, Antoni Gaudi was arguably the most famous architect in the world. He had created some of the greatest and most controversial masterpieces of modern architecture, that were as exotic as they were outrageous. A precurser to the other great Catalan artists Picasso, Dali and Bunuel, Gaudi created dramatically original and daring art that was to surpass and reinvent all that had gone before.

Gijs van Hensbergen's book is a masterly biography, capturing both the power and importance of Gaudi's work and the unique spirit of Catalan culture. In life and in death, Gaudi lived by extravagant gestures and a creativity that bordered on madness. Even his legendary death under a tram as he stepped back to admire his cathedral in Barcelona has the hint of absurdity and poetry.

Today, Gaudi has become an icon of artistic integrity and genius, for religious piety and for unstinting love for his homeland, Catalonia.

`This book is written with immense sympathy and understanding for Gaudi himself and his work, but also for the cultural and political background. In its scope and ambition, its clarity and its feeling for the period and the personality, this book is the most definitive book on Gaudi which has yet been produced.' Colm Toibin

'It is rare for the biography of an architect to be so human and so humorous. Gijs van Hensbergen has managed to recreate in his book that same combination of playfulness and seriousness which characterises Gaudi, and Barcelona. His infectious enthusiasm is conveyed through vibrant and witty prose. Altogether a delight.' Paul Preston

Gijs van Hensbergen lectures in architecture and is the author of Art Deco (Quintet, 1986) and of the highly acclaimed Spanish travel book A Taste of Castille (Sinclair-Stevenson, 1992). He lives in Dorset.

GOR001238822
Gaudi by Gijs van Hensbergen
Gijs van Hensbergen
Used - Very Good
Paperback
HarperCollins Publishers
2002-11-04
408
0006548784
9780006548782
N/A
Book picture is for illustrative purposes only, actual binding, cover or edition may vary.
This is a used book - there is no escaping the fact it has been read by someone else and it will show signs of wear and previous use. Overall we expect it to be in very good condition, but if you are not entirely satisfied please get in touch with us.