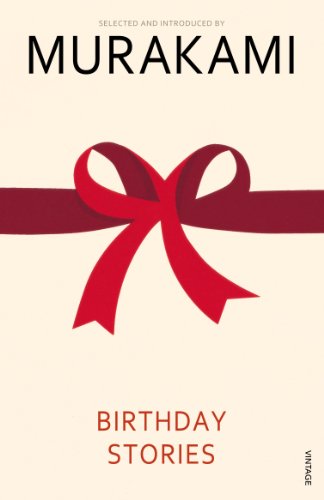 Used Price
$10.39
Free Shipping in the US
What will you get for your birthday this year? A chance to see into the future? Or a reminder of the imperfect past? The author has chosen for his party some of the very best short story writers, each with their own birthday experiences, each story a snapshot of life on a single day. This title presents these stories.
Reviews:
Trustpilot
Very Good

What will you get for your birthday this year? A chance to see into the future? Or a reminder of the imperfect past? In this enviable gathering, Haruki Murakami has chosen for his party some of the very best short story writers of recent years, each with their own birthday experiences, each story a snapshot of life on a single day. Including stories by Russell Banks, Ethan Canin, Raymond Carver, David Foster Wallace, Denis Johnson, Claire Keegan, Andrea Lee, Daniel Lyons, Lewis Robinson, Lynda Sexson, Paul Theroux, William Trevor and Haruki Murakami, this anthology captures a range of emotions evoked by advancing age and the passing of time, from events fondly recalled to the impact of appalling tragedy. Previously published in a Japanese translation by Haruki Murakami, this English edition contains a specially written introduction.

"The perfect year-round present" * Time Out *
"Brilliant...Murakami introduces all these stories with grace and lightness of touch" * Sunday Herald *
"A memorable collection. Voices and settings as diverse as the authors, but they are all concerned with the arbitrary yet immensely significant way in which we mark the passing of our lives" * Observer *
"The quality of storytelling is exemplary... There's darkness enough here for the hardiest of cynics, but enough heart to charm" * Word *

GOR001080330
Birthday Stories: Selected and Introduced by Haruki Murakami by Haruki Murakami
Haruki Murakami
Used - Very Good
Paperback
Vintage Publishing
2006-06-01
224
0099481553
9780099481553
N/A
Book picture is for illustrative purposes only, actual binding, cover or edition may vary.
This is a used book - there is no escaping the fact it has been read by someone else and it will show signs of wear and previous use. Overall we expect it to be in very good condition, but if you are not entirely satisfied please get in touch with us.