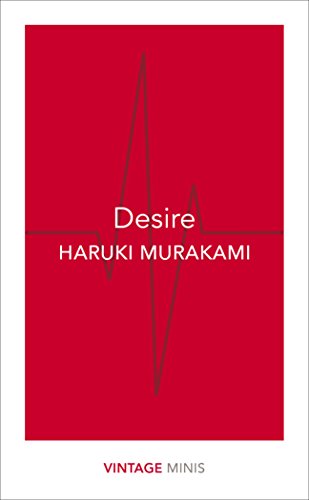 Used Price
$9.69
Free Shipping in the US
You've just passed someone on the street who could be the love of your life, the person you're destined for - what do you do? In this book, five weird tales unlock the many-tongued language of desire, whether it takes the form of hunger, lust, sudden infatuation or the secret longings of the heart.
Reviews:
Trustpilot
Very Good

You've just passed someone on the street who could be the love of your life, the person you're destined for - what do you do? In Murakami's world, you tell them a story. The five weird and wonderful tales collected here each unlock the many-tongued language of desire, whether it takes the form of hunger, lust, sudden infatuation or the secret longings of the heart.

How does Murakami manage to make poetry while writing of contemporary life and emotions? I am weak-kneed with admiration * Independent on Sunday *
Imagine our joy when Vintage announced that it is publishing a collection of easily digestible books from the world's most celebrated writers on the experiences that make us human... They look good and read well. That's win/win in our book. * Stylist *

GOR008427851
Desire: Vintage Minis by Haruki Murakami
Haruki Murakami
Vintage Minis
Used - Very Good
Paperback
Vintage Publishing
2017-05-29
128
1784872636
9781784872632
N/A
Book picture is for illustrative purposes only, actual binding, cover or edition may vary.
This is a used book - there is no escaping the fact it has been read by someone else and it will show signs of wear and previous use. Overall we expect it to be in very good condition, but if you are not entirely satisfied please get in touch with us.