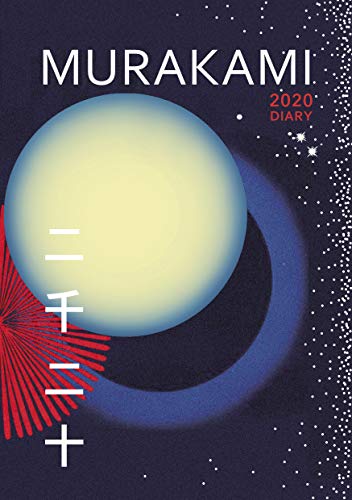 Used Price
$18.49
Free Shipping in the US
Reviews:
Trustpilot
Like New

A beautifully designed week-to-view diary for 2020, featuring unique artwork inspired by Haruki Murakami's works along with quotations and significant dates.

Murakami's distinctive blend of the mysterious and the everyday, of melancholy and humour, continues to enchant readers, ensuring his place as one of the world's most acclaimed and well-loved writers. This diary includes visual and textual references to his works, from Wind/Pinball, A Wild Sheep Chase and Norwegian Wood to Killling Commendatore and Novelist as a Vocation.

The best novelist on the planet * Observer *

In 1978, Haruki Murakami was twenty-nine and running a jazz bar in downtown Tokyo. One April day, the impulse to write a novel came to him suddenly while watching a baseball game. That first novel, Hear the Wind Sing, won a new writers' award and was published the following year. More followed, including A Wild Sheep Chase and Hard-Boiled Wonderland and the End of the World, but it was Norwegian Wood, published in 1987, which turned Murakami from a writer into a phenomenon. His books became bestsellers, were translated into many languages, including English, and the door was thrown wide open to Murakami's unique and addictive fictional universe.

GOR009972876
Murakami 2020 Diary by Haruki Murakami
Haruki Murakami
Used - Like New
Hardback
Vintage Publishing
2019-08-08
128
1787301621
9781787301627
N/A
Book picture is for illustrative purposes only, actual binding, cover or edition may vary.
The book has been read, but looks new. The book cover has no visible wear, and the dust jacket is included if applicable. No missing or damaged pages, no tears, possible very minimal creasing, no underlining or highlighting of text, and no writing in the margins.