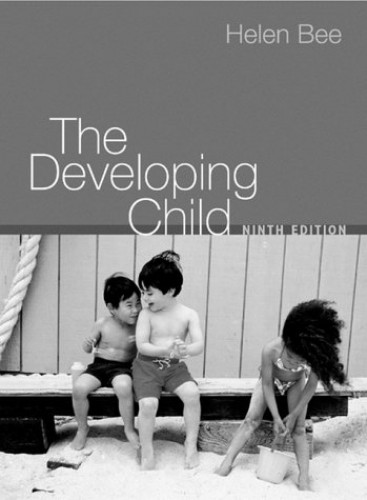 The Developing Child
by Helen Bee

In Stock
$15.99
This edition focuses on actively engaging the student. It provides a synthesis of the field's major theories, examining traditional concepts and the latest trends within developmental psychology.
Very Good Good
5 in stock

The Developing Child by Helen Bee

The Developing Child, Ninth Edition, is a best-selling topical child development book known for its personal, conversational writing style; balanced coverage of both theory and application; and strong emphasis on culture.

Helen Bee is a prominent author and researcher whose successful books on child and lifespan development, and whose lifelong devotion to these fields, have earned her a national reputation.

GOR001229757
The Developing Child by Helen Bee
Helen Bee
Used - Very Good
Hardback
Pearson Education (US)
1999-06-11
575
0321047095
9780321047090
N/A
Book picture is for illustrative purposes only, actual binding, cover or edition may vary.
This is a used book - there is no escaping the fact it has been read by someone else and it will show signs of wear and previous use. Overall we expect it to be in very good condition, but if you are not entirely satisfied please get in touch with us.