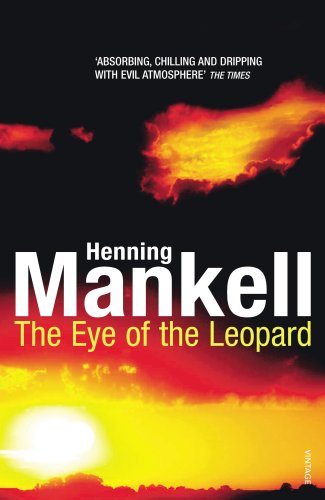 The Eye Of The Leopard
by Henning Mankell

In Stock
$6.99
`Absorbing, chilling and dripping with evil atmosphere' The TimesSince his mother's disappearance, Hans Olofson has led an isolated life. As relationships splinter and fray, Hans realises that his African dream is rapidly turning into a nightmare...
Like New Very Good Good
Only 1 left

The Eye Of The Leopard Summary

The Eye Of The Leopard by Henning Mankell

`Absorbing, chilling and dripping with evil atmosphere' The Times Since his mother's disappearance, Hans Olofson has led an isolated life. When he loses his girlfriend in tragic circumstances, he decides to fulfil her dream: to visit the grave of a legendary missionary in Zambia. On reaching Africa, Hans is struck by its beauty and mystery, and an opportunity of employment tempts him to stay. But he soon becomes embroiled in the issues of the local community. As relationships splinter and fray, Hans realises that his African dream is rapidly turning into a nightmare...

The Eye Of The Leopard Reviews

"He writes simply and gracefully...Mankell at his best" * Daily Telegraph *
"Brilliant...exceptionally well written...a white knuckle page-turner... Mankell translates the intrigue of the genre he has become so famous for into an existential whodunit: a profound and searing investigation into the loneliness of man" * Sunday Telegraph *
"A tense tale whose violence and uneasiness contrast to great effect with Olofson's deadpan narrative tone and Mankell's spare prose" * Spectator *
"The writer [is] clear about his authorial target, which is to expose the myth of Swedish neutrality with a savage portrait of its foreign aid system" * Guardian *
"The Eye of the Leopard is a thriller of the mind: a chilling journey into the depths of fear, alienation and despair" * Sunday Telegraph *

GOR010542927
The Eye Of The Leopard by Henning Mankell
Henning Mankell
Used - Like New
Paperback
Vintage Publishing
2009-04-02
320
0099450151
9780099450153
N/A
Book picture is for illustrative purposes only, actual binding, cover or edition may vary.
The book has been read, but looks new. The book cover has no visible wear, and the dust jacket is included if applicable. No missing or damaged pages, no tears, possible very minimal creasing, no underlining or highlighting of text, and no writing in the margins.