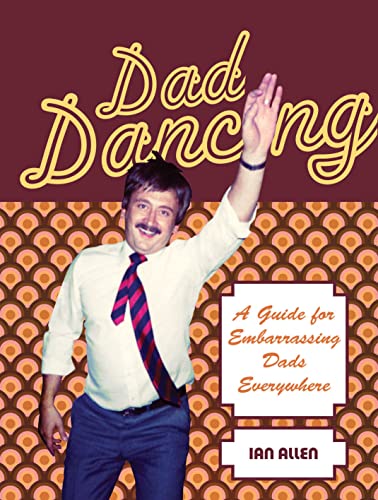 Used Price
$8.69
Free Shipping in the US

A hilarious compendium of the ridiculous things dads can get up to if left unchecked.

It's official: dads were put onto this planet to embarrass the rest of their families. This hilarious book is a spotter's guide to the innumerable ways Dad can achieve this, whether it's via ridiculous dancing, experimental facial hair, cringeworthy sportswear or putting his foot in it at funerals.

Contains a wealth of highly useful information for the discerning dad, including countdowns of the most embarrassing things Dads say in wedding speeches, the fashion fads Dad really shouldn't have bothered with and the 10 signs that Dad is having a midlife crisis, plus a handy diagrammatic guide to dancing like a dad and Dad's guides to travel, cleaning, hobbies, oneupmanship and many things besides. With all this plus a liberal scattering of charts, lists and jokes and illustrated with action shots of dads doing the things they love to do, this book is ideal for the dad in your life, or for any unsuspecting man who's about to become one.

Ian Allen is a father of three teenagers and a funny man indeed. He has been a freelance editor from Staffordshire - recently voted England's least amusing county - for the past 15 years and during that time Ian has worked on dozens of joke books, a handful of which were even intended to be comical. Ian is qualified to degree-level in Data Processing, which is also hilarious. He is the author of The Very Embarrassing Book of Dad Jokes (9781907554537) and Crap Dad Jokes (9781907554940).

GOR006387391
Dad Dancing: A Guide for Embarrassing Dads Everywhere by Ian Allen
Ian Allen
Used - Very Good
Hardback
Pavilion Books
2014-06-05
192
1909396567
9781909396562
N/A
Book picture is for illustrative purposes only, actual binding, cover or edition may vary.
This is a used book - there is no escaping the fact it has been read by someone else and it will show signs of wear and previous use. Overall we expect it to be in very good condition, but if you are not entirely satisfied please get in touch with us.