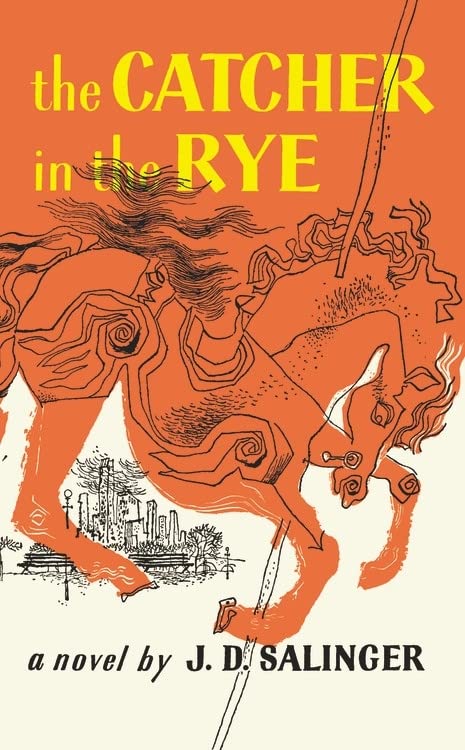 In Stock
$9.99
Holden narrates the story of a couple of days in his sixteen-year-old life, just after he's been expelled from prep school.
Very Good
8 in stock

The "brilliant, funny, meaningful novel" (The New Yorker) that established J. D. Salinger as a leading voice in American literature--and that has instilled in millions of readers around the world a lifelong love of books.
"If you really want to hear about it, the first thing you'll probably want to know is where I was born, and what my lousy childhood was like, and how my parents were occupied and all before they had me, and all that David Copperfield kind of crap, but I don't feel like going into it, if you want to know the truth."
The hero-narrator of The Catcher in the Rye is an ancient child of sixteen, a native New Yorker named Holden Caufield. Through circumstances that tend to preclude adult, secondhand description, he leaves his prep school in Pennsylvania and goes underground in New York City for three days.

"A contemporary master--a genius...Here was a man who used language as if it were pure energy beautifully controlled, and who knew exactly what he was doing in every silence as well as in every word."--Richard Yates, New York Times Book Review
"In Mr. Salinger we have a fresh voice. One can actually hear it speaking, and what is has to say is uncannily true, perceptive, and compassionate."--Clifton Fadiman, Book-of-the-Month Club News
"Salinger's work meant a lot to me when I was a young person and his writing still sings now."--Dave Eggers
"We read The Catcher in the Rye and feel like the book understands us in deep and improbable ways."--John Green

J. D. Salinger was born in New York City on January 1, 1919, and died in Cornish, New Hampshire, on January 27, 2010. His stories appeared in many magazines, most notably The New Yorker. Between 1951 and 1963 he produced four book-length works of fiction: The Catcher in the Rye; Nine Stories; Franny and Zooey; and Raise High the Roof Beam, Carpenters and Seymour--An Introduction. The books have been embraced and celebrated throughout the world and have been credited with instilling in many a lifelong love of reading.