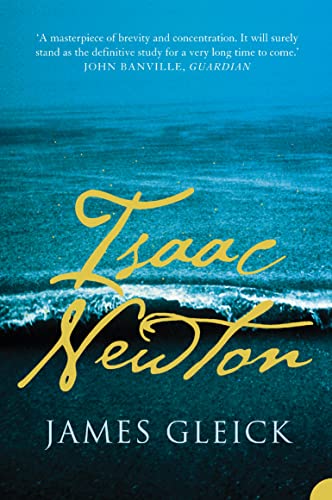 From one of the best writers on science, a remarkable portrait of Isaac Newton. The man who changed our understanding of the universe, of science, and of faith.

From one of the best writers on science, a remarkable portrait of Isaac Newton. The man who changed our understanding of the universe, of science, and of faith.

Isaac Newton was the chief architect of the modern world. He answered the ancient philosophical riddles of light and motion; he effectively discovered gravity; he salvaged the terms `time', `space', `motion' and `place' from the haze of everyday language, standardized them and married them, each to the other, constructing an edifice that made knowledge a thing of substance: quantative and exact. Creation, Newton demonstrated, unfolds from simple rules, patterns iterated over unlimited distances.

What Newton learned remains the essence of what we know. Newton's laws are our laws. When we speak of momentum, of forces and masses, we are seeing the world as Newtonians. When we seek mathematical laws for economic cycles and human behaviour, we stand on Newton's shoulders. Our very deeming the universe as solvable is his legacy.

This was the achievement of a reclusive professor, recondite theologian and fervent alchemist. A man who feared the light of exposure, shrank from controversy and seldom published his work. In his daily life he emulated the complex secrecy in which he saw the riddles of the universe encoded. His vision of nature was of its time; he never purged occult, hidden, mystical qualities. But he pushed open a door that led to a new universe.

'The book has the magic of a wonderful laboratory experiment...A masterpiece of clarity - so difficult to write, so easy to read.' Michael Holroyd

'A fresh and brilliant portrait of his personality and life, the people who mattered to him, the influences which played on him, and the contexts of his achievements.' Oliver Sacks

'After reading Jim Gleick's beautifully written and intimate portrait of Newton, I felt as is I'd spent an evening by the fire with that complex and troubled genius.' Alan Lightman

'It's beautifully paced and very stylishly written: compact, atmospheric, elegant. It offers a brilliant and engaging study in the paradoxes of the scientific imagination' Richard Holmes

James Gleick was born in New York in 1954. He worked for ten years as an editor and reporter for The New York Times. He is the bestselling author of Chaos, Genius, Faster, and What Just Happened.

GOR001239608
Isaac Newton by James Gleick
James Gleick
Used - Very Good
Paperback
HarperCollins Publishers
2004-06-07
320
0007163185
9780007163182
N/A
Book picture is for illustrative purposes only, actual binding, cover or edition may vary.
This is a used book - there is no escaping the fact it has been read by someone else and it will show signs of wear and previous use. Overall we expect it to be in very good condition, but if you are not entirely satisfied please get in touch with us.