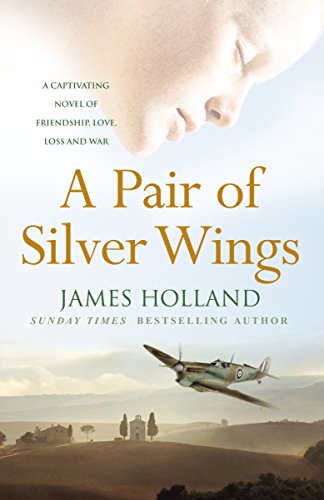 A Pair of Silver Wings
by James Holland

In Stock
$9.19
At the school where Edward Enderby taught for over forty years, there were few who knew he'd once been a successful fighter pilot during the war.It was not something he ever talked about - not even to his family.
Very Good
Only 2 left

A Pair of Silver Wings Summary

A Pair of Silver Wings by James Holland

At the school where Edward Enderby taught for over forty years, there were few who knew he'd once been a successful fighter pilot during the war.It was not something he ever talked about - not even to his family. And for over half a century he had, for the most part, managed to put the memories of those years out of his mind. But fifty years on, he is alone - a widower - with a strained relationship with his only son, and a career behind him that has brought him respect but little affection. In 1995, Britain is celebrating the anniversary of the end of the war, and Edward finds himself forced to confront the tragedy he suffered during those years. Embarking on a journey of self-discovery and personal redemption, Edward travels from England to Malta and then to Italy, and in doing so comes face-to-face with the idealistic young man he once was, and the devastated and traumatised 23-year-old he was to become. Following his experiences over the skies of England in 1941, through the dark days of the Siege of Malta, to the partisan struggle in Italy, A Pair of Silver Wings is a story of friendship, love and the terrible legacy of war, exploring universal themes of grief and redemption, and one man's quest to heal the scars of the past.

A Pair of Silver Wings Reviews

"Exciting and poignant, and ultimately hopeful" * Literary Review *
"James Holland's sure sense of period, allied to his psychological understanding of the main character, make this a strong and satisfying read" * Sunday Telegraph *

GOR001225601
A Pair of Silver Wings by James Holland
James Holland
Used - Very Good
Paperback
Cornerstone
2007-08-02
416
0099436469
9780099436461
N/A
Book picture is for illustrative purposes only, actual binding, cover or edition may vary.
This is a used book - there is no escaping the fact it has been read by someone else and it will show signs of wear and previous use. Overall we expect it to be in very good condition, but if you are not entirely satisfied please get in touch with us.