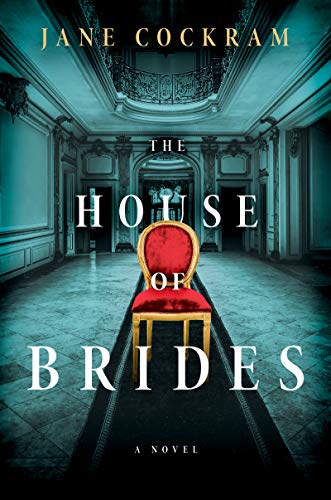 The House of Brides
by Jane Cockram

In Stock
$6.39
The young woman's only connection to the Summers family is through Tessa's famous book The House of Brides-a chronicle of the generations of women who married into the infamous Summers family and made their home in the rambling Barnsley House, the family's estate.
Very Good
Only 1 left

The House of Brides Summary

The House of Brides: A Novel by Jane Cockram

Jane Cockram makes her thrilling debut with this page-turning tale of psychological suspense in which a young woman whose life is in tatters flees to the safety of a family estate in England, but instead of comfort finds chilling secrets and lies.

Miranda's life and career has been a roller-coaster ride. Her successful rise to the top of the booming lifestyle industry as a social media influencer led to a humiliating fall after a controversial product she endorsed flopped. Desperate to get away from the hate-spewing trolls shaming her on the internet, she receives a mysterious letter from a young cousin in England that plunges her into a dark family mystery.

Miranda's mother Tessa Summers, a famous author, died when Miranda was a child. The young woman's only connection to the Summers family is through Tessa's famous book The House of Brides-a chronicle of the generations of women who married into the infamous Summers family and made their home in the rambling Barnsley House, the family's estate. From Gertrude Summers, a famed crime novelist, to Miranda's grandmother Beatrice, who killed herself after setting fire to Barnsley while her children slept, each woman in The House of Brides is more notorious than the next. The house's current "bride" is the beautiful, effervescent Daphne, her Uncle Max's wife-a famed celebrity chef who saved Barnsley from ruin turning the estate into an exclusive culinary destination and hotel.

Curious about this legendary family she has never met, Miranda arrives at Barnsley posing as a prospective nanny answering an advertisement. She's greeted by the compelling yet cold housekeeper Mrs. Mins, and meets the children and her Uncle Max-none of whom know her true identity. But Barnsley is not what Miranda expected. The luxury destination and award-winning restaurant is gone, and Daphne is nowhere to be found. Most disturbing, one of the children is in a wheelchair after a mysterious accident. What happened in this house? Where is Daphne? What darkness lies hidden in Barnsley?

The House of Brides Reviews

"Jane Cockram captivates with her haunting debut novel, The House of Brides. With echoes of Daphne du Maurier, it examines the inescapable ties of family and what happens when a complex tangle of secrets starts to unravel. Gripping, atmospheric and with an ending you won't see coming, this book held me in its spell long after the final page. A sure-fire bestseller." -- Sally Hepworth, bestselling author of The Mother-in-Law
Jane Cockram's The House of Brides is a twisty, turny ride through the English countryside. Set in a spooky manor home on a rocky coast, this is the story of multiple generations of powerful women whose actions lead to a mystery that winds through the ages. Cockram's descriptions are so lush that you'll have no problem immersing yourself in the location but you won't be prepared for the explosive ending. Fans of Jane Eyre, Wuthering Heights and Rebecca will love this! -- Ellen LaCorte, author of The Perfect Fraud
"An atmospheric and surprising debut... an ongoing theme of misdirection flows throughout, maintaining the tension and suspense." -- Booklist
"Atmospheric...clever...Cockram's plot crackles with tension, hitting all the right notes for readers fond of gothic-flavored tales." -- Publishers Weekly

Jane Cockram was born and educated in Australia, where she studied Journalism at RMIT, majoring in Literature. After earning a post-graduate diploma in Publishing and Communication at Melbourne University, she worked in sales for Pan Macmillan Publishers and then as fiction buyer at Borders, fulfilling a childhood dream of reading for a living. Cockram spent a year living in the West Country of England, where The House of Brides is set, and still daydreams about returning. In the meantime, she resides in Melbourne with her husband and two children. The House of Brides is her debut novel.

CIN000126741
The House of Brides: A Novel by Jane Cockram
Jane Cockram
Used - Very Good
Hardback
HarperCollins Publishers Inc
2019-12-12
384
0062939297
9780062939296
N/A
Book picture is for illustrative purposes only, actual binding, cover or edition may vary.
This is a used book - there is no escaping the fact it has been read by someone else and it will show signs of wear and previous use. Overall we expect it to be in very good condition, but if you are not entirely satisfied please get in touch with us.