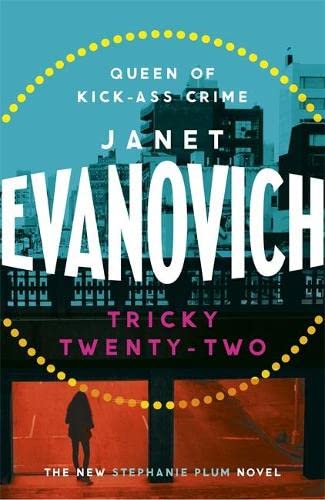 The New York Times No. 1 bestseller.

Stephanie Plum faces her toughest case yet in this engaging mystery from Janet Evanovich, author of ONE FOR THE MONEY and THE SCAM.

Tricky Twenty-Two: A sassy and hilarious mystery of crime on campus by Janet Evanovich

The New York Times No. 1 bestseller.

Raves for Janet Evanovich's novels: 'Stephanie Plum in ass-kicking form...utterly delightful' (Cosmopolitan); 'A laugh-out-loud page turner' (Heat); 'Plum is not just a smart private eye but a heroine with a sense of humour' (Daily Mail)

Something big is brewing in Trenton, New Jersey, and it could blow at any minute...

Stephanie Plum might not be the world's greatest bounty hunter, but she knows when she's being played. Ken Globovic (aka Gobbles), unofficial student leader, has been arrested for beating up the dean of students at Kiltman College. Gobbles has missed his court date and gone into hiding. People have seen him on campus, but no one will talk. Things just aren't adding up, and Stephanie can't shake the feeling that something funny is going on at the college.

As much as people love Gobbles, they hate Doug Linken. When Linken is gunned down in his backyard, the list of possible murder suspects is long. The only people who care about finding Linken's killer are Trenton cop Joe Morelli, who has been assigned the case, security expert Ranger, who was hired to protect Linken, and Stephanie, who has her eye on a cash prize and hopefully has some tricks up her sleeve...

GOR007166036
Tricky Twenty-Two: A sassy and hilarious mystery of crime on campus by Janet Evanovich
Janet Evanovich
Used - Very Good
Hardback
Headline Publishing Group
2015-11-17
304
1472201647
9781472201645
N/A
Book picture is for illustrative purposes only, actual binding, cover or edition may vary.
This is a used book - there is no escaping the fact it has been read by someone else and it will show signs of wear and previous use. Overall we expect it to be in very good condition, but if you are not entirely satisfied please get in touch with us.