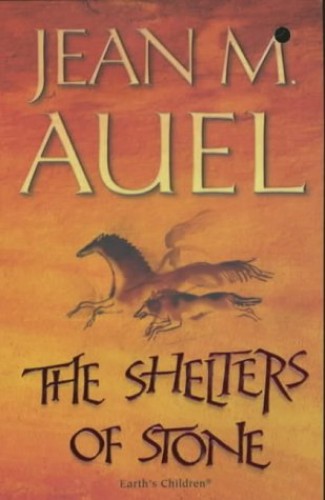 The Shelters of Stone
by Jean M. Auel

The Shelters of Stone Summary

The Shelters of Stone by Jean M. Auel

Ayla and Jondalar have reached home: the Ninth Cave of the Zelandonii, the old stone age settlement in the region known today as south-west France. Ayla has much to learn from the Zelandonii as well as much to teach them. Jondalar's family are initially wary of the beautiful young woman he has brought back, with her strange accent and her tame wolf and horses. She is delighted when she meets Zelandoni, the spiritual leader of her people, a fellow healer with whom she can share her medicinal skills. After the rigours and dangers that have characterised her extraordinary life, Ayla yearns for peace and tranquillity; to be Jondalar's mate and to have children. But her unique spiritual gifts cannot be ignored, and even as she gives birth to their eagerly-awaited child, she is coming to accept that she has a greater role to play in the destiny of the Zelandonii.

The Shelters of Stone Reviews

Jean Auel's greatest achievement is to have created a plausible primeval community where men and women love and sometimes hate, and learn to survive in a harsh environment that demands rules and co-operation. * Daily Express *
A Stone Age sensation. Auel vividly brings to life a forgotten world. * Coventry Evening Telegraph *
Meticulously researched . . . fascinating . . . course-by-course menus for Upper Paleolithic blow-outs . . . that Joanne Harris might envy. Jean Auel is as remarkable a figure as J R R Tolkien. * Independent Magazine *
Jean M. Auel has meticulously researched her subject and this latest book should continue the huge success of the series. * Hello *
As always, Auel has meticulously researched her prehistoric subject and this latest offering is a triumphant continuation of the saga. * Irish News (Belfast) *
Massive in scope * Daily Mirror *
Impeccable research makes this much more than a fantasy reconstruction of prehistoric life. * Daily Express *
Bursting with hard information about ancient days and awash in steamy sex . . . Auel's latest will not only please her legions of fans but will hit the top of the list, pronto. * Publishers Weekly *
Enthralling, exciting and impossible to put down. * York Evening Press *
A rewarding read. A brilliant work of imagination * Good Book Guide *

Jean M. Auel is one of the world's most esteemed and beloved authors. Her extensive factual research has earned her the respect of renowned scientists, archaeologists and anthropologists around the globe.

GOR001220596
The Shelters of Stone by Jean M. Auel
Jean M. Auel
Used - Very Good
Paperback
Hodder & Stoughton
2003-05-01
800
0340821965
9780340821961
N/A
Book picture is for illustrative purposes only, actual binding, cover or edition may vary.
This is a used book - there is no escaping the fact it has been read by someone else and it will show signs of wear and previous use. Overall we expect it to be in very good condition, but if you are not entirely satisfied please get in touch with us.