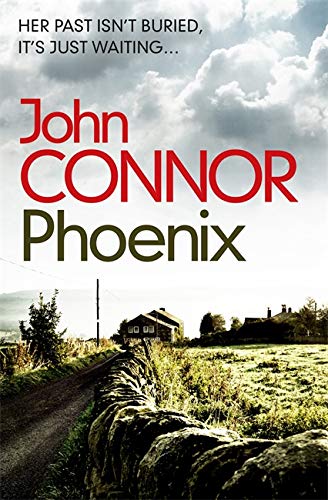 Her past isn't buried, it's just waiting...
The first novel in the grittily authentic Karen Sharpe series.

The first novel in the grittily authentic Karen Sharpe series.

The 8th April 1996 was a bad day for Karen Sharpe, the eighth anniversary of something so deeply buried she had hoped to forget it ever happened. Each year she tries to cope in whatever way she can. Most years she turns to booze. But this year that wasn't going to work. Sometime after midnight her DS and partner, is executed in a military style killing, whilst his pretty 21-year-old informant, ends up on a South Pennine moor with bullets through her face and chest. Karen had been due to meet both when drink and memories intervened, preventing her from getting there.

As the investigation begins, odd details keep forcing Karen to examine her own unclear memories. As she follows her instincts, and some very disturbing clues embedded in her own secret history, she must confront her past and act quickly if she is to prevent the seed of destruction planted eight years before from wreaking devastating and brutal consequences.

Excellent stuff - Irish IndependentThis is a first-rate thriller with a terrific climax - Sunday TelegraphHe's created a beguilingly complex character, perfectly suited to his taut thrillers - MirrorDrips authenticity from every pore. The author cooks up an excellently complex and tightly-wrought plot and he can construct a true-to-life range of characters ... I look forward to many more novels featuring DC Karen Sharpe - TribuneThe police procedural novel is given the kind of spruce up it has been in need of for some time - Daily ExpressA gripping and unusual police procedural - Sunday Telegraph

John Connor left his job as a barrister to write full time. During the fifteen years of his legal career he prosecuted numerous homicide cases in West Yorkshire and London. He advised the police in numerous proactive drugs and organised crime operations, many involving covert activity. He now lives in Brussels with his wife and two children.

GOR009916065
Phoenix by John Connor
John Connor
New Blood
Used - Very Good
Paperback
Orion Publishing Co
2019-02-14
368
1409188752
9781409188759
N/A
Book picture is for illustrative purposes only, actual binding, cover or edition may vary.
This is a used book - there is no escaping the fact it has been read by someone else and it will show signs of wear and previous use. Overall we expect it to be in very good condition, but if you are not entirely satisfied please get in touch with us.