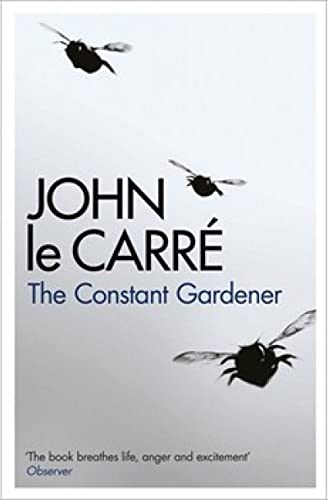 In Stock
$10.69
The number one bestselling novel from le Carre, since turned into a critically acclaimed blockbusting film, now reissued in a stunning new package
Very Good Good
5 in stock

Tessa Quayle has been horribly murdered on the shores of Lake Turkana in Northern Kenya, the birthplace of mankind. Her putative African lover, a doctor with one of the aid agencies, has disappeared.

Her husband, Justin, a career diplomat and amateur gardener at the British High Commission in Nairobi, sets out on a personal odyssey in pursuit of the killers and their motive. His quest takes him to the Foreign Office in London, across Europe and Canada and back to Africa, to the depths of South Sudan, and finally to the very spot where Tessa died.

On his way Justin meets terror, violence, laughter, conspiracy and knowledge. But his greatest discovery is the woman he barely had time to love.

John le Carre was born in 1931. His third novel, THE SPY WHO CAME IN FROM THE COLD, secured him a wide reputation, which was consolidated by the acclaim for his trilogy, TINKER TAILOR SOLDIER SPY, THE HONOURABLE SCHOOLBOY and SMILEY'S PEOPLE. His recent novels include his most autobiographical work, A PERFECT SPY, THE TAILOR OF PANAMA and SINGLE & SINGLE. THE CONSTANT GARDENER is his eighteenth novel

GOR001239829
The Constant Gardener by John Le Carre
John Le Carre
Used - Very Good
Paperback
Hodder & Stoughton General Division
2006-09-21
592
0340937726
9780340937723
Winner of British Book Awards: Film & TV Book Award 2006
Book picture is for illustrative purposes only, actual binding, cover or edition may vary.
This is a used book - there is no escaping the fact it has been read by someone else and it will show signs of wear and previous use. Overall we expect it to be in very good condition, but if you are not entirely satisfied please get in touch with us.