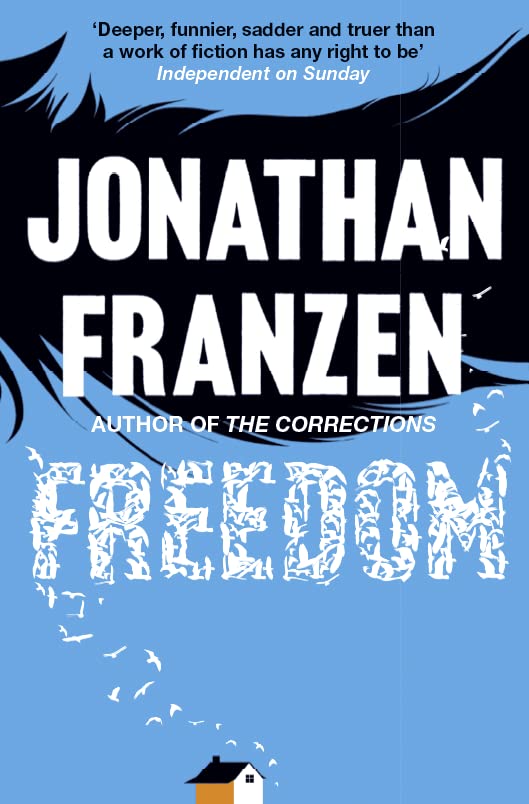 An international bestseller and the novel of the year, 'Freedom' is an epic of contemporary love and marriage.

An international bestseller and the novel of the year, 'Freedom' is an epic of contemporary love and marriage.

This is the story of the Berglunds, their son Joey, their daughter Jessica and their friend Richard Katz. It is about how we use and abuse our freedom; about the beginning and ending of love; teenage lust; the unexpectedness of adult life; why we compete with our friends; how we betray those closest to us; and why things almost never work out as they 'should'. It is a story about the human heart, and what it leads us to do to ourselves and each other.

An Observer, Guardian, The Times, Telegraph, Sunday Telegraph and Evening Standard Book of the Year

'The great achievement of Freedom is to be an almost perfectly written novel yet one which contrives not to be intimidating. It is both a page-turner and a work of art.' Sarah Sands, Evening Standard

'A literary genius for our time...An extraordinary work...This is simply on a different plane from other contemporary fiction...Demands comparison rather with Saul Bellow's Herzog. A modern classic, Freedom is the novel of the year, and the century.' Jonathan Jones, Guardian

'Freedom has all of its predecessor's power and none of its faults..it's one of those rare books that starts well and then takes off....With its all encompassing passing world, its flawed heroes and its redemptive ending Freedom has the sweep of a modern Paradise Lost.' The Economist.

'Freedom is undoubtedly an achievement, standing head and shoulders above the host of recent American novels which have attempted to hold the same territory.' Hari Kunzru, FT

'Head and shoulders above any book this year: moving, funny and unexpectedly beautiful' Sam Mendes

GOR003993943
Freedom by Jonathan Franzen
Jonathan Franzen
Used - Very Good
Paperback
HarperCollins Publishers
2011-09-01
570
0007423322
9780007423323
Winner of Galaxy National Book Awards: International Author of the Year 2010
Book picture is for illustrative purposes only, actual binding, cover or edition may vary.
This is a used book - there is no escaping the fact it has been read by someone else and it will show signs of wear and previous use. Overall we expect it to be in very good condition, but if you are not entirely satisfied please get in touch with us.