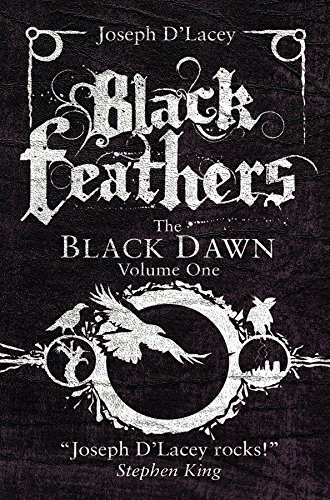 Used Price
$8.99
Free Shipping in the US
In the first part of the Black Dawn - a post apocalyptic dark fantasy for our times - two children set out on a quest to find The Crowman.
Reviews:
Trustpilot
Good

It is the Black Dawn, a time of environmental apocalypse, the earth wracked and dying.It is the Bright Day, a time long generations hence, when a peace has descended across the world.In each era, a child shall be chosen. Their task is to find a dark messiah known only as the Crowman. But is he our saviour - or the final incarnation of evil?File Under: Fantasy [ The Crowman | Joined Through Time | The Last Keeper | The Journey Begins ]

"D'Lacey's passages are rife with urgency, and... its message on environmental issues, meticulous setting of scene, and successful intertwining of the characters' narratives makes for an engaging read."
-Publishers Weekly

"A bold beginning to a new duology from the brilliant D'Lacey - where two children embark on a search for meaning that is riddled with ambiguity about the nature of the saviour they seek and which, ultimately, provides a siren call to live in harmony with the land."
- Alison Littlewood, author of A Cold Season

I highly recommend this to any fans of horror, post-apocalyptic type books. Loved it, loved it - I want the next one already.
-Thoughts of a Scot

"...full of powerful and beautiful passages that while written for this fictional Earth, are also very strongly advocating for us as a people to take better care of the Earth we live on."
-Wilder's Book Review

"Spectacular is the word I'd use to describe the novel. Nothing else can capture the reading experience."
-The Founding Fields

"It's dark and it's grim, but it's also magical...wondrous, even."
-Beauty in Ruins

Joseph D'Lacey is best known for his shocking eco-horror novel Meat. The book has been widely translated and prompted Stephen King to say "Joseph D'Lacey rocks!".His other published works to-date include Garbage Man, Snake Eyes and The Kill Crew. He was named the winner of the British Fantasy Award for Best Newcomer in 2009.When not realising his fantasies on paper, he dabbles with Yoga and continues a quest for the ultimate vegetarian burger recipe.He lives in Northamptonshire with his wife and daughter.