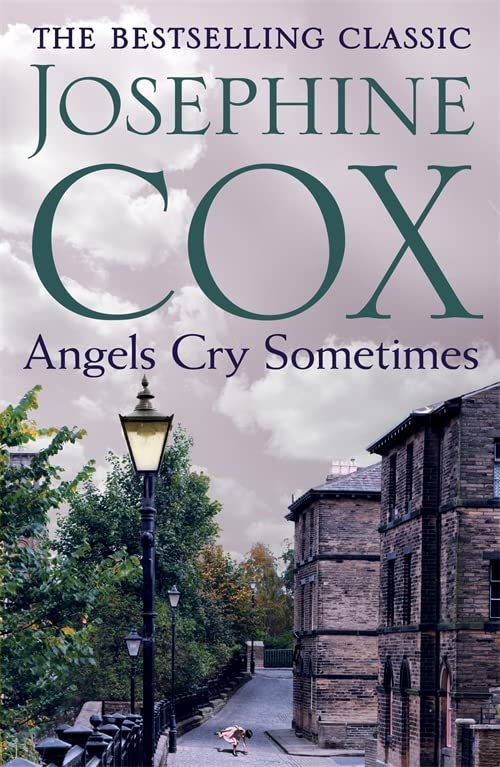 An irresistible story of a woman whose quest to regain her happiness takes her through the darkness of grief and despair from No.1 bestselling writer Josephine Cox.

No.1 bestselling writer, Josephine Cox, is 'one of the country's best-loved storytellers' (Prima). Angels Cry Sometimes is a heartrending novel of discovering happiness again through heartbreak, grief and despair. A classic that will appear to fans of Catherine Cookson and Rosie Goodwin.

The marriage of Marcia and Curt Ratheter seemed idyllically happy. As much in love as on their wedding day, nothing could mar their joy. But one fateful day in 1931 brought Marcia's world tumbling about her ears and left her and her two daughters bereft.

Barty Bendall had always loved her, he said; and the girls needed a father. Marcia moved to Blackburn with him, where she tried to forget the past. Barty, though, sank into bad ways, tyrannizing the family. In particular he would vent his aggression on Polly, Curt and Marcia's first-born, blonde as an angel but afflicted since birth with an ominous shadow over her health.

Even in troubled times, lovely raven-haired Marcia was a fighter. But the news that Curt Ratheter had reappeared would render her the helpless prey of wildly conflicting emotions.

Josephine Cox was born in a cotton-mill house in Blackburn, one of ten children. At the age of sixteen, Josephine met and married her husband Ken, and had two sons. When the boys started school, she decided to go to college and eventually gained a place at Cambridge University. She was unable to take this up as it would have meant living away from home, but she went into teaching - and started to write her first full-length novel. Her strong, gritty stories are taken from the tapestry of life.
GOR008164832
Angels Cry Sometimes: Her world is torn apart, but love prevails by Josephine Cox
Josephine Cox
Used - Very Good
Paperback
Headline Publishing Group
1993-02-11
384
1472245296
9781472245298
N/A
Book picture is for illustrative purposes only, actual binding, cover or edition may vary.
This is a used book - there is no escaping the fact it has been read by someone else and it will show signs of wear and previous use. Overall we expect it to be in very good condition, but if you are not entirely satisfied please get in touch with us
Trustpilot