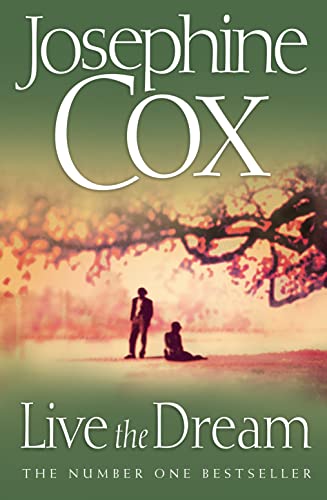 Live the Dream
by Josephine Cox

When friendship becomes love, two people must face their greatest fear - being hurt again...The powerful bestseller from the country's number one storyteller.

Live the Dream by Josephine Cox

When friendship becomes love, two people must face their greatest fear - being hurt again...The powerful bestseller from the country's number one storyteller.

Luke Hammond: handsome, rich, charismatic, cursed by private tragedy. Amy Atkinson: humble and kind with a good - but wounded - heart. When they meet by chance, a spark of love takes hold of their hearts.

But neither are sure that they can dare to love again. And what of Luke's public life, hidden from Amy? The owner of a large factory, he is a pillar of the community, married - though in name only. Amy is torn between her head and her heart, but her sense of honour is paramount - and when she discovers his true identity, she is thrown into even greater turmoil.

Then disaster strikes and the future looks troubled indeed ....

'Cox's talent as a storyteller never lets you escape the spell.' Daily Mail

"In true Josephine Cox style, it's the triumph-over-tragedy formula which has proved so successful in her previous novels...She captures the period impeccably...' Express

GOR000604956
Live the Dream by Josephine Cox
Josephine Cox
Used - Very Good
Paperback
HarperCollins Publishers
2008-10-06
528
0007302029
9780007302024
N/A
Book picture is for illustrative purposes only, actual binding, cover or edition may vary.
This is a used book - there is no escaping the fact it has been read by someone else and it will show signs of wear and previous use. Overall we expect it to be in very good condition, but if you are not entirely satisfied please get in touch with us.