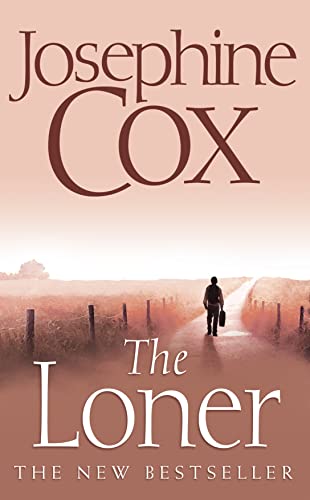 The Loner
by Josephine Cox

This bestseller from Josephine Cox tells a story of running away from a secret but longing to go home.

The Loner by Josephine Cox

This bestseller from Josephine Cox tells a story of running away from a secret but longing to go home.

Home is where the heart is - but it's also where the pain lies...

Young Davie Adams is all alone. Devastated, he flees his hometown of Blackburn to escape the memories of the worst night of his life. With little more than the shirt on his back he sets off on a lonely, friendless road, determined to find his father.

Two people are stricken by his departure - Judy, his childhood friend who is desperate to reveal a secret she has kept close to her heart for so long, and Joseph, his grandfather, who is racked with guilt about that fateful night.

Exhausted and afraid, Davie finds friendship and a place to stay but when fate deals him another disastrous blow, he must decide whether to keep running or return to face his demons...

'Cox's talent as a storyteller never lets you escape the spell.' Daily Mail

GOR001389889
The Loner by Josephine Cox
Josephine Cox
Used - Very Good
Paperback
HarperCollins Publishers
2008-10-06
480
0007302053
9780007302055
N/A
Book picture is for illustrative purposes only, actual binding, cover or edition may vary.
This is a used book - there is no escaping the fact it has been read by someone else and it will show signs of wear and previous use. Overall we expect it to be in very good condition, but if you are not entirely satisfied please get in touch with us.