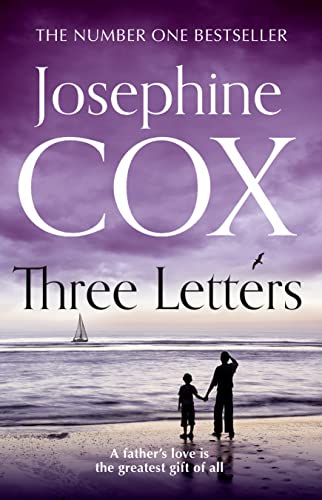 Used Price
Free Shipping in the US

The brand new dramatic novel about the power of a father's love, a little boy's journey,and the desperate search for a place to call home, from Number 1 best-selling author Josephine Cox.

The brand new dramatic novel about the power of a father's love, a little boy's journey,and the desperate search for a place to call home, from Number 1 best-selling author Josephine Cox.

Eight-year-old Casey's mother Ruth is a cruel woman, with a weakness for other women's husbands.

Casey's father is gentle and hard-working and, though Tom Denton has long suspected his wife of having sordid affairs, he has chosen to turn a blind eye to keep the peace. But then, out of the blue, Tom's world is cruelly shattered when he receives two bits of devastating news. Because of this, Tom realises that from now on their lives must change, forever.

Tom is made to fight for his son, determined to keep him safe. But, when fate takes a hand, life can be unbearably cruel, and Casey is made to remember his father's prophetic words...

`It's done. The dice is thrown, and nobody wins.'

But, unbeknown to Casey, there are three letters penned by his father, that may just change his destiny forever.

'Thanks to her near faultless writing, sympathies will lurch from one character to another, and as events reach their dramatic conclusion readers will find it impossible to tear themselves away.' News of the World

GOR004250385
Three Letters by Josephine Cox
Josephine Cox
Used - Very Good
Paperback
HarperCollins Publishers
2012-10-25
448
0007419996
9780007419999
N/A
Book picture is for illustrative purposes only, actual binding, cover or edition may vary.
The book has been read but remains in clean condition. All pages are intact and the cover is intact. Some minor wear to the spine.