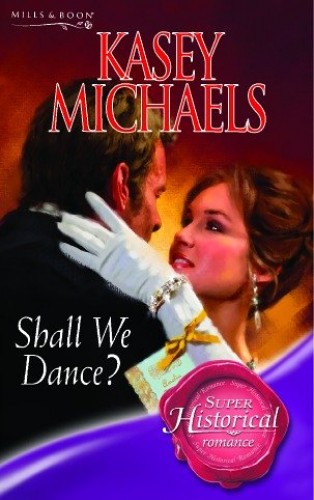 Shall We Dance?
by Kasey Michaels

Used Price
$8.99
Free Shipping in the US

Shall We Dance? Summary

The notorious Queen Caroline, caught between broken dreams and a devious husband out to ruin her, may harbor a stunning secret: a hidden heir to the throne.

A DANCE OF SEDUCTION

Amelia Fredericks, adopted as an infant by the mercurial but good-hearted queen, is now her most trusted companion. And yet...there are rumors. Is Amelia truly the orphaned daughter of a commoner - or the secret daughter of the king himself?

A DANCE OF DANGER

That's the question that haunts Perry Shepherd, Earl of Brentwood. Dispatched to spy on the queen, he has lost his heart to the lovely, loyal Amelia. But does the woman he adores belong to him alone...or to all of England?

Customer Reviews - Shall We Dance?

GOR000888597
Shall We Dance? (Mills & Boon Historical) (Westham-Brentwood, Book 2) by Kasey Michaels
Kasey Michaels
Westham-Brentwood
Used - Very Good
Paperback
HarperCollins Publishers
2005-09-01
384
0263845206
9780263845204
N/A
Book picture is for illustrative purposes only, actual binding, cover or edition may vary.
This is a used book - there is no escaping the fact it has been read by someone else and it will show signs of wear and previous use. Overall we expect it to be in very good condition, but if you are not entirely satisfied please get in touch with us.