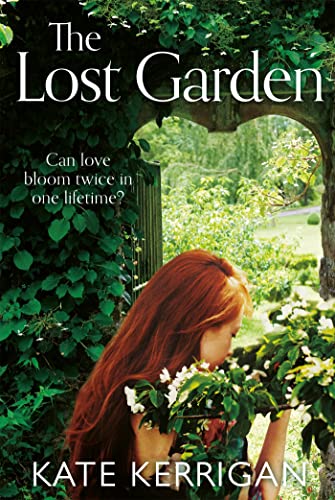 The Lost Garden
by Kate Kerrigan

Used Price
$8.69
Free Shipping in the US
Can love bloom twice in one lifetime?
Reviews:
Trustpilot
Very Good

The Lost Garden by Kate Kerrigan

Aileen Doherty is leaving the island of Illaunmor for the first time. She can't wait to leave the confines of her sheltered life to go on her first adventure, tattie picking for the summer in Scotland, with her father and two older brothers.

What she hadn't bargained for was meeting the irresistible Jimmy Walsh, who falls for flame-haired Aileen the moment he sets eyes on her. Spending each day working together side by side, Aileen and Jimmy fall passionately in love, until their happiness is cruelly cut short by a tragic accident which will change their young lives forever.

Back on Illaunmor, Aileen finds solace in reviving an abandoned garden, which has been left as lonely and bereft as she has. Gradually, through the magic of hope, Aileen brings the garden back to life - and herself with it.

The Lost Garden is a mesmerizing story about loss, friendship and the power of true love.

Kate Kerrigan was born in Scotland to Irish parents and brought up in London. She began her career in journalism at the age of nineteen, rising to become editor of various publications before moving to Ireland in 1990 to become a full-time author. Living in the picturesque village of Killala on the west coast of Ireland, she has two sons, Leo and Tom, with husband Niall. Her novels include Recipes for a Perfect Marriage, which was shortlisted for the 2006 Romantic Novel of the Year Award, and Miracle of Grace. Ellis Island was a TV Book Club Summer Read and the story of Ellie Hogan was continued in City of Hope, published in 2012. Land of Dreams, the final part in this compelling trilogy, was published in 2013.

GOR006166026
The Lost Garden by Kate Kerrigan
Kate Kerrigan
Used - Very Good
Paperback
Pan Macmillan
2014-10-01
400
1447210824
9781447210825
N/A
Book picture is for illustrative purposes only, actual binding, cover or edition may vary.
This is a used book - there is no escaping the fact it has been read by someone else and it will show signs of wear and previous use. Overall we expect it to be in very good condition, but if you are not entirely satisfied please get in touch with us.