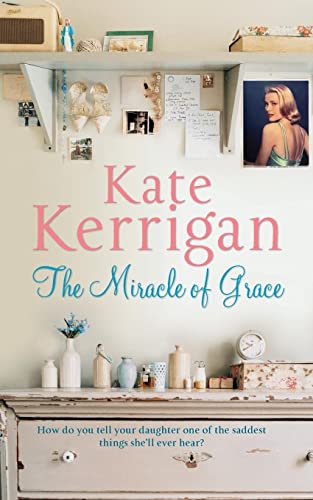 Used Price
$7.69
Free Shipping in the US
A startling novel of motherhood, love and death from the author of Recipes for a Perfect Marriage
Reviews:
Trustpilot
Very Good

Customer Reviews - The Miracle of Grace

London reared of Irish parents, Kate Kerrigan worked in London before moving to Ireland in 1990. She is now a full-time writer, and lives in County Mayo with her husband and their small son. Her latest novel, Recipes for a Perfect Marriage, was shortlisted for the RNA Romantic Novel of the Year in 2006.

GOR000639779
The Miracle of Grace by Kate Kerrigan
Kate Kerrigan
Used - Very Good
Paperback
Pan Macmillan
2008-07-04
288
0330452258
9780330452250
N/A
Book picture is for illustrative purposes only, actual binding, cover or edition may vary.
This is a used book - there is no escaping the fact it has been read by someone else and it will show signs of wear and previous use. Overall we expect it to be in very good condition, but if you are not entirely satisfied please get in touch with us.