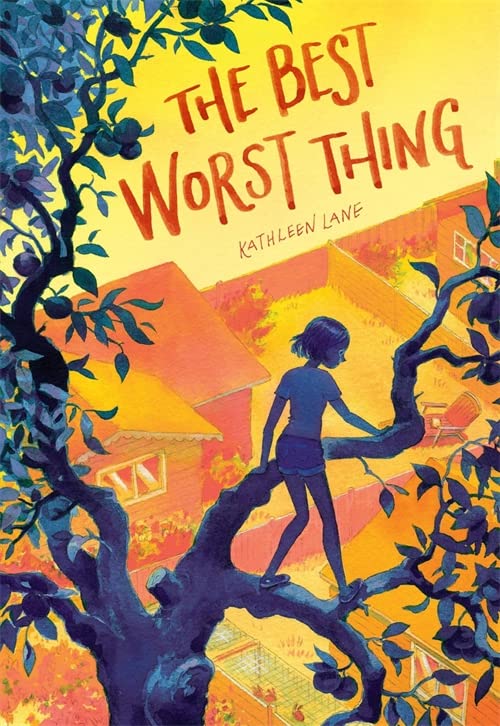 Used Price
$19.49
Free Shipping in the US
A simply told, deeply riveting and perceptive debut novel that strikes a universal chord by exploring what it's like to be a 10 year-old who doesn't feel ready to grow up and leave childhood behind.
Reviews:
Trustpilot
Very Good Good

Ten year-old Maggie sees injustice and danger everywhere--in her history textbook, on the playground, in her neighborhood, on the news. How can anyone be safe when there's a murderer on the loose, a bully about to get a gun for his 12th birthday, rabbits being held captive for who-knows-what next door, and an older sister being mysteriously consumed by adolescence? Maggie doesn't like it one bit, so she devises intricate ways of controlling her own world and a larger, more dangerous plan for protecting everyone else.

Thoughtful characterization and relatable themes make this a strong purchase * School Library Journal, starred review *
Lane's prose is quietly powerful, plain yet poetic....A tender, sober portrait of a middle schooler with OCD * Kirkus Reviews *
Students making the transition from elementary school to middle school, or grappling with feelings of being an outsider, will be able to identify with Maggie's struggles. * School Library Connection *

Kathleen Lane lives in Portland, Oregon, where she is a Literary Arts writer-in-residence, visiting instructor at Pacific Northwest College of Art, and cohost of the art and literary event series SHARE.

GOR009534395
The Best Worst Thing by Kathleen Lane
Kathleen Lane
Used - Very Good
Hardback
Little, Brown & Company
2016-06-07
208
0316257818
9780316257817
N/A
Book picture is for illustrative purposes only, actual binding, cover or edition may vary.
This is a used book - there is no escaping the fact it has been read by someone else and it will show signs of wear and previous use. Overall we expect it to be in very good condition, but if you are not entirely satisfied please get in touch with us.