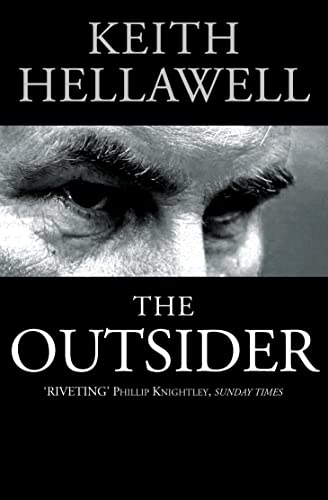 The Outsider
by Keith Hellawell

The tough life of one of Britain's most senior policemen, who rose through the ranks from poverty and deprivation to the highest office, and went on to become Blair's `Drug Czar'.

The Outsider by Keith Hellawell

The tough life of one of Britain's most senior policemen, who rose through the ranks from poverty and deprivation to the highest office, and went on to become Blair's `Drug Czar'.

An abused, unwanted, squint-eyed boy, Keith Hellawell never knew who his real father was. His mother, a club dancer, was always bringing home different men, and would tie him to the table-leg to keep him quiet. He fought at school and went down the pit. It was a hard-bitten, inauspicious start for a man who was eventually to become Chief Constable of Cleveland, and then West Yorkshire, and later, controversially, New Labour's much-feted and summarily dismissed 'Drugs Tsar'.

In his autobiography he writes candidly about four decades of public service. He lifts the veil on police brutality, corruption and abuse of power. He chronicles the rise in terrorism, public disorder, drug abuse and criminality. He discusses the childishness and insecurity of politicians and civil servants. He deals with the issues of racism, sexism and political correctness, and provides a rare insight into the workings of the judiciary, royalty and the establishment. And he chronicles the often lonely challenges of dealing with the likes of Peter Sutcliffe in a police career that took him everywhere from Northern Ireland to Hollywood.

The Outsider is the autobiography of a man of absolute integrity fired by the determination to better not only his own lot, but that of other humans as well, and to change things from the inside.

Here is a man of intellect, probity, progressive ideas and the energy to carry them through, who spent his working life in the two most rigid, conservative and autocratic organisations in the country-the police force and the civil service. He was surrounded by petty, jealous colleagues, many of whom were out to get him. Yet he lasted forty years. Perhaps a better title for this riveting tale of his life would have been The Survivor'
-Phillip Knightley, Sunday Times

'How he came to be on the wrong end of a Labour kicking is only a small part of the autobiography. Perhaps the most interesting aspect of the book is the changing nature of policing since the 1960s, when crime was far lower and villains were regularly given a good hiding. Hellawell has some insights about the future of policing that the Home Secretary would do well to contemplate'
-Philip Johnston, Daily Telegraph

'Hellawell's gift for the controversial quote made him the best-known policeman of his generation. His autobiography will cement that reputation'
-Glasgow Herald

GOR001228457
The Outsider by Keith Hellawell
Keith Hellawell
Used - Very Good
Paperback
HarperCollins Publishers
2003-07-07
320
0007145551
9780007145553
N/A
Book picture is for illustrative purposes only, actual binding, cover or edition may vary.
This is a used book - there is no escaping the fact it has been read by someone else and it will show signs of wear and previous use. Overall we expect it to be in very good condition, but if you are not entirely satisfied please get in touch with us.