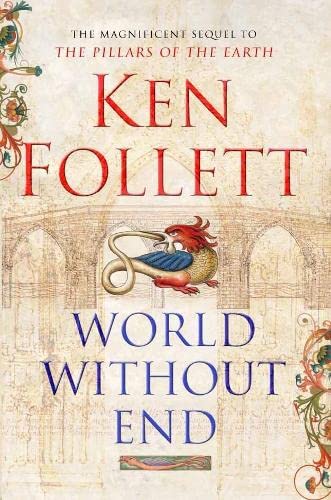 Ken Follett was only twenty-seven when he wrote the award-winning novel Eye of the Needle, which became an international bestseller and film. He has since written several equally successful novels, including, most recently, Whiteout. His new novel, World Without End, is a sequel to the bestseller Pillars of the Earth. He is also author of the non-fiction bestseller On Wings of Eagles. Ken Follett lives with his family in London and Stevenage.

GOR001230873
World Without End by Ken Follett
Ken Follett
Used - Very Good
Hardback
Pan Macmillan
2007-10-04
1120
0333908422
9780333908426
N/A
Book picture is for illustrative purposes only, actual binding, cover or edition may vary.
This is a used book - there is no escaping the fact it has been read by someone else and it will show signs of wear and previous use. Overall we expect it to be in very good condition, but if you are not entirely satisfied please get in touch with us.