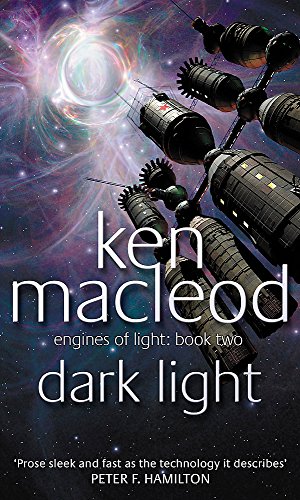 Used Price
$8.39
Free Shipping in the US
* Following on from COSMONAUT KEEP, which was shortlisted for the 2002 Hugo Award, this is the second book in the dazzling new space opera series by one of SF's most exciting new authors.
Reviews:
Trustpilot
Like New Very Good

'A hectic ride, through slaloms of audacious complexity, irreverent ingenuity and paradox as purposeful as it is playful' - GUARDIAN

The Second Sphere is thousands of light years away from Earth - if Earth still exists. For Matt Cairns and the cosmonauts of the Bright Star, this distant corner of the galaxy is their new home.

But the Second Sphere is also home to other civilisations, lifted from their worlds by a race of god-like aliens. On Croatan, two of these civilisations live a precarious co-existence, separated by eons of technological advance. The arrival of the Bright Star is an event that may trigger disaster, for this is the first human-crewed starship to arrive at the ancient colony.

And all the time, hidden among the stars, the gods are watching. They have always been watching.

Following on from COSMONAUT KEEP, which was shortlisted for the 2002 Hugo Award, this is the second book in the dazzling new space opera series by one of SF's most exciting new authors.
Books by Ken MacLeod:

MacLeod at his strongest: clever, passionate, and committed. -- SFX
Science fiction's freshest new writer...MacLeod is a fiercely intelligent, prodigiously well-read author who manages to fill his books with big issues without weighing them down -- SALON
Engaged, ingenious, and wittily partisan, Ken MacLeod is a one-man revolution, SF's Billy Bragg -- ASIMOV'S SF
Prose sleek and fast and the technology it describes-watch this man go global. -- PETER F. HAMILTON
For my money, Ken MacLeod is the current champion of the very smartest kind of New Space Opera... every variation on his themes produces something worth re-reading. -- LOCUS
A modern-day George Orwell * SFX *
A hectic ride, through slaloms of audacious complexity, irreverent ingenuity and paradox as purposeful as it is playful * GUARDIAN *

Since graduating from Glasgow University in 1976, Ken MacLeod has worked as a computer analyst in Edinburgh. He now writes full time.

GOR010327162
Dark Light: Engines of Light: Book Two by Ken MacLeod
Ken MacLeod
Engines of Light
Used - Like New
Paperback
Little, Brown Book Group
2002-10-24
384
1841491098
9781841491097
N/A
Book picture is for illustrative purposes only, actual binding, cover or edition may vary.
This is a used book - there is no escaping the fact it has been read by someone else and it will show signs of wear and previous use. Overall we expect it to be in very good condition, but if you are not entirely satisfied please get in touch with us.