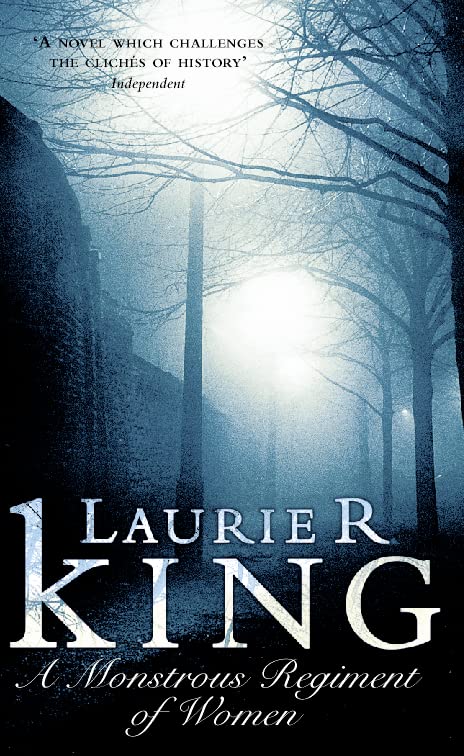 A Monstrous Regiment of Women
by Laurie R. King

A Monstrous Regiment of Women Summary

A Monstrous Regiment of Women by Laurie R. King

In this the riveting sequel to The Beekeeper's Apprentice, Mary Russell has metamorphosed from able apprentice to skilled detective in her own right.

After a tedious visit from relatives, Mary is looking for respite in London when she comes across a friend from Oxford. The young woman introduces Mary to the enigmatic Margery Childe, leader of the New Temple of God, a charismatic sect involved in the post-World War One suffrage movement, with a feminist slant on Christianity. Intrigued and curious, Mary begins to wonder if the New Temple is a front for something more sinister.

When a series of murders claims members of the movement's wealthy young female volunteers, Mary, with Holmes in the background, starts to investigate, but events spiral out of control as the situation becomes ever more desperate, and Mary's search plunges her into the worst danger she has yet faced...

A Monstrous Regiment of Women Reviews

`Crime fiction's most unlikely but utterly credible romance... Laurie King is the most interesting writer to emerge on the American crime fiction front in recent years'
Val McDermid

GOR001240720
A Monstrous Regiment of Women by Laurie R. King
Laurie R. King
Used - Very Good
Paperback
HarperCollins Publishers
2000-07-03
336
0006514944
9780006514947
N/A
Book picture is for illustrative purposes only, actual binding, cover or edition may vary.
This is a used book - there is no escaping the fact it has been read by someone else and it will show signs of wear and previous use. Overall we expect it to be in very good condition, but if you are not entirely satisfied please get in touch with us.