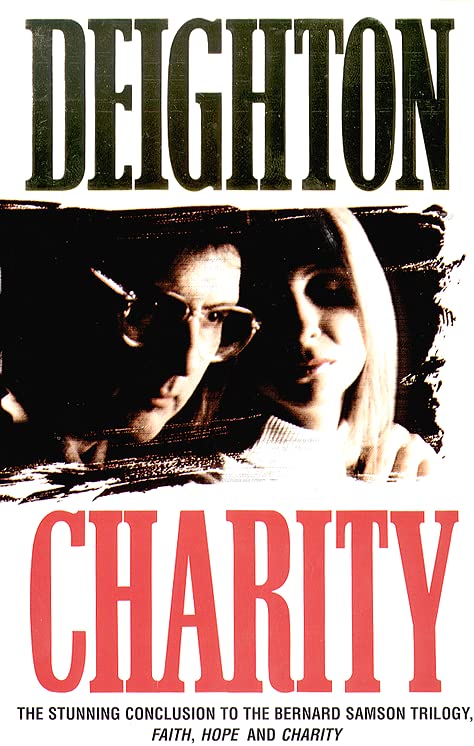 Bernard Samson returns to Berlin in the final novel in the classic spy trilogy, FAITH, HOPE and CHARITY

Bernard Samson returns to Berlin in the final novel in the classic spy trilogy, FAITH, HOPE and CHARITY

Bernard continues to chip away at the mystery of his sister-in-law Tessa Kosinski's death in Berlin on the crucial night when his wife Fiona was brought out of the East. Fighting to uncover the truth, he must also confront the key relationships in his own life: Fiona is still far from stable now that she has returned to work, and their children remain in the clutches of his wealthy and manipulative father-in-law. Meanwhile, Werner Volkmann, Bernard's friend since childhood, is reluctant to get involved in Bernard's crusade.

A wonderful depiction both of covert operations and office politics, Charity is packed with action, incident and intrigue, bringing to a triumphant conclusion a series of ten novels that represents one of the great acheivements of modern English fiction.

Born in London, he served in the RAF before graduating from the Royal College of Art (which recently elected him a Senior Fellow). While in New York City working as a magazine illustrator he began writing his first novel, `The Ipcress File', which was published in 1962. He is now the author of more than thirty books of fiction and non-fiction. At present living in Europe, he has, over the years, lived with his family in ten different countries from Austria to Portugal.

GOR001222405
Charity by Len Deighton
Len Deighton
Used - Very Good
Paperback
HarperCollins Publishers
1997-04-24
320
0006479006
9780006479000
N/A
Book picture is for illustrative purposes only, actual binding, cover or edition may vary.
This is a used book - there is no escaping the fact it has been read by someone else and it will show signs of wear and previous use. Overall we expect it to be in very good condition, but if you are not entirely satisfied please get in touch with us.