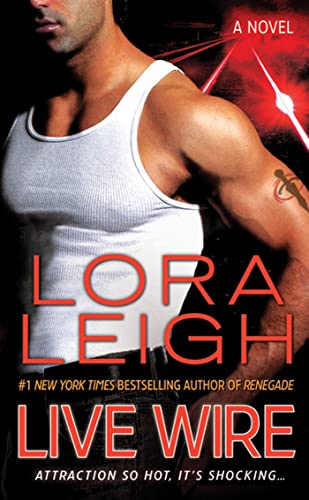 Used Price
$6.39
Free Shipping in the US
For years Captain Jordan Malone has been a silent warrior and guardian, operating independent of government protocol or oversight, leading his team of Elite Ops agents to fight against terror at all costs. A legend in the field, Jordan's true identity has remained a mystery even to his own men... until now.
Very Good

Meet Captain Jordan Malone. For years he has been a silent warrior and guardian, operating independent of government protocol or oversight, leading his team of Elite Ops agents to fight against terror at all costs. A legend in the field, Jordan's true identity has remained a mystery even to his own men...until now. Tehya Talamosi, codename Enigma, is a force to be reckoned with. A woman this striking spells nothing but trouble for Jordan. Armed with killer secrets - and a body to die for - she'll bring Jordan to his knees as they both take on the most deadly mission they have ever faced. Because this time, it's personal...

"Scorching-hot sex, deadly secrets and a determined assassin add up to another addicting Leigh thriller. Leigh's ability to credibly build damaged characters who are both intriguing and intense gives her stories that extra punch." --Romantic Times BOOKreviews on Maverick

"Full of wrenching emotion and self-flagellation by the hero, the new series of Elite Ops promises to be even better than the sexy SEALs at this rate." --Night Owl Romance on Maverick

"With her customary panache for emotionally intense, sensual characters, the author attracts readers into every world she creates. This fabulous follow-up to Wild Card is no exception to the rule." --A Romance Review on Maverick

Lora Leigh is the author of Forbidden Pleasure and Enigma, among many others. Writing is her passion, her peace, and her lifeline, and she can often be found daydreaming and plotting and planning with the varied characters that fill her imagination. When she isn't writing, she tends her flower gardens, watches horses romp outside her home, or spends time with the family and pets she fills her life with. She lives in the rolling hills of Kentucky.

CIN000062861
Live Wire by Lora Leigh
Lora Leigh
Used - Very Good
Paperback
St Martin's Press
2011-03-16
352
0312945841
9780312945848
N/A
Book picture is for illustrative purposes only, actual binding, cover or edition may vary.
This is a used book - there is no escaping the fact it has been read by someone else and it will show signs of wear and previous use. Overall we expect it to be in very good condition, but if you are not entirely satisfied please get in touch with us.