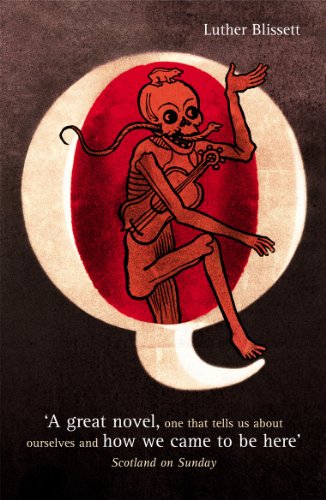 In Stock
$10.99
Set in Reformation Europe, Q begins with Luther's nailing of his 95 theses on the door of the cathedral church in Wittenberg.
Very Good Good
15 in stock

Set in Reformation Europe, Q begins with Luther's nailing of his 95 theses on the door of the cathedral church in Wittenberg. Q traces the adventures and conflicts of two central characters: an Anabaptist, a member of the most radical of the Protestant sects and the anarchists of the Reformation, and a Catholic spy and informer, on their thrilling journey across Germany, Italy and the Netherlands. The four young writers who shelter behind the pseudonym Luther Blissett have created a world of intrigue, violence and intense political and religious passion. Far from the traditional example of historical fiction, Q is the stuff of which cults are made.

"It bracingly reanimates an era of frenzy that longed to burn the world clean" * The Guardian *
"The mud and blood, visions and ideals of 16th-century Europe come back to gruesome, glorious life" * The Independent *
"Big and bloody and breathtaking: a crush of colour and crowds, exotic locations and war." * The Times *
"Imagine Umberto Eco's knack for the swashbuckling thriller-of-ideas crossed with an artful touch of the Le Carr's - it boasts pace, colour, excitement and suspense to spare- Q works like a charm as a sordid, splendid period romp." * Independent *
"If ever there was a novel that deserved to win prizes, accolades and plaudits, it is Q - A rich, inventive and immensely powerful book - Q is a great novel, one that tells us about ourselves and how we came to be here." * Scotland on Sunday *

The former Watford and AC Milan striker Luther Blissett had nothing to do with the writing of this book. The real authors of Q live in Bologna.

GOR001233062
Q by Luther Blissett
Luther Blissett
Used - Very Good
Paperback
Cornerstone
2004-05-06
672
0099439832
9780099439837
N/A
Book picture is for illustrative purposes only, actual binding, cover or edition may vary.
This is a used book - there is no escaping the fact it has been read by someone else and it will show signs of wear and previous use. Overall we expect it to be in very good condition, but if you are not entirely satisfied please get in touch with us.