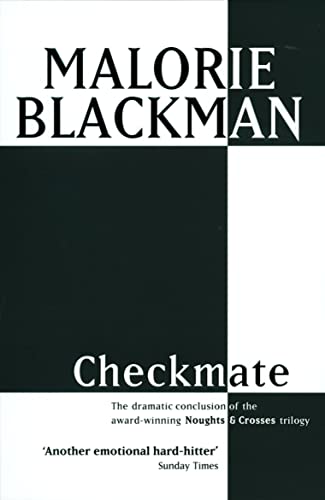 In Stock
$6.99
Rose has a Cross mother and a nought father in a society where the pale-skinned noughts are treated as inferiors and those with dual heritage face a life-long battle against deep-rooted prejudices.
Like New Very Good Good
Only 2 left

Can the future ever erase the past? Rose has a Cross mother and a nought father in a society where the pale-skinned noughts are treated as inferiors and those with dual heritage face a life-long battle against deep-rooted prejudices. Sephy, her mother, has told Rose virtually nothing about her father, but as Rose grows into a young adult, she unexpectedly discovers the truth about her parentage and becomes determined to find out more. But her father's family has a complicated history - one tied up with the fight for equality for the nought population. And as Rose takes her first steps away from Sephy and into this world, she finds herself drawn inexorably into more and more danger. Suddenly it's a game of very high stakes that can only have one winner . . . The powerful third story in the Noughts & Crosses sequence.

"Thought-provoking brilliance" * The Sunday Times *
"Complex but beautifully crafted . . . dramatic, intensely moving . . . it truly ensnares the reader" * Carousel *
"A perfect end to an important and thought-provoking trilogy" -- Sarah Harbon * The Bookseller *
"Checkmate once again explores the lasting impact of prejudice, discrimination and the legacy of traumatic family history on the next generation in the author's brilliantly imagined world. Readers will not be dissapointed" * Publishing News *
"There is no mistaking the genuine grassroots passion with which Checkmate, the final part of Malorie Blackman's trilogy, has been anticipated among young teen readers . . . Blackman is a terrific thriller writer, driving her plots forward with skill and tenacity" -- Dinah Hall * Evening Standard *

MALORIE BLACKMAN was the Children's Laureate between 2013-2015, and has written over sixty books. She is acknowledged as one of today's most imaginative and convincing writers for young readers, and has been awarded numerous prizes for her work, including the Red House Children's Book Award and the Fantastic Fiction Award. Malorie has also been shortlisted for the Carnegie Medal, and in 2005 she was honoured with the Eleanor Farjeon Award in recognition of her contribution to children's books. In 2008 she received an OBE for her services to children's literature, and in 2013 she topped the Powerlist, a list of the UK's most influential black figures. She has been described by The Times as 'a national treasure'.

GOR008049115
Checkmate by Malorie Blackman
Malorie Blackman
Noughts And Crosses
Used - Like New
Paperback
Random House Children's Publishers UK
2006-09-07
528
0552551945
9780552551946
N/A
Book picture is for illustrative purposes only, actual binding, cover or edition may vary.
This is a used book - there is no escaping the fact it has been read by someone else and it will show signs of wear and previous use. Overall we expect it to be in very good condition, but if you are not entirely satisfied please get in touch with us.