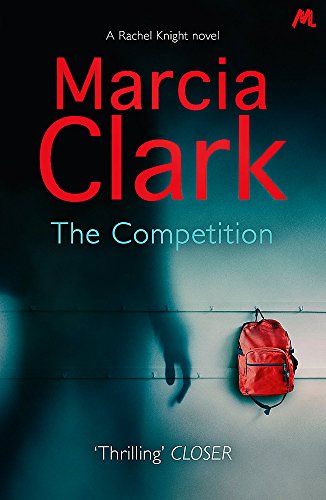 The Competition
by Marcia Clark

Used Price
$12.39
Free Shipping in the US
Los Angeles DA Rachel Knight is brought in to the aftermath of a high-school shooting in Marcia Clark's most topical thriller yet.
Reviews:
Trustpilot
Very Good Good

The Competition: A Rachel Knight novel by Marcia Clark

It's every parent's nightmare.

When a high-school shooting leaves dozens dead, including the killers, the grieving community can at least be sure it won't happen again.

But as prosecutor Rachel Knight and detective Bailey Keller dig deeper, they realise that the worst isn't over. The clues at the crime scene don't add up. It seems that the real shooters are still out there...

In the chaos that follows, Rachel and Bailey must scramble to identify the suspects and stop them before they can strike again.

Because the killers have plans. They want to beat their competition.

They want to be the best... at murder.

Clark handles sometimes painfully raw scenes with great sensitivity...a tour de force * Booklist *
A ticking time bomb of a thriller...The twisty plot and dynamic duo make for a suspenseful, if sobering, page-turner * Publishers Weekly *
Marcia Clark has upped the ante yet again... Pulse-pounding, poignant, and provocative, this is a story that will engage your heart and your mind * Examiner *
Thrilling * Closer *
When it comes to Californian crime, Ms Clark knows her onions * Grazia *
It's no big surprise that Marcia Clark knows her way around a courtroom, and a murder mystery - but she's also a terrific writer and storyteller -- James Patterson

Marcia Clark is a former Los Angeles deputy district attorney, and was the lead prosecutor in the OJ Simpson murder case. She co-wrote a bestselling non-fiction book about the trial, Without a Doubt, and is a frequent media commentator and columnist on legal issues. The trial was dramatized for the TV series The People vs OJ Simpson, with Marcia played by Sarah Paulson. There are four novels in the Rachel Knight series: GUILT BY ASSOCATION, GUILT BY DEGREES, KILLER AMBITION and THE COMPETITION.

GOR006913685
The Competition: A Rachel Knight novel by Marcia Clark
Marcia Clark
Rachel Knight
Used - Very Good
Paperback
Hodder & Stoughton
2015-03-26
416
1444755307
9781444755305
N/A
Book picture is for illustrative purposes only, actual binding, cover or edition may vary.
This is a used book - there is no escaping the fact it has been read by someone else and it will show signs of wear and previous use. Overall we expect it to be in very good condition, but if you are not entirely satisfied please get in touch with us.