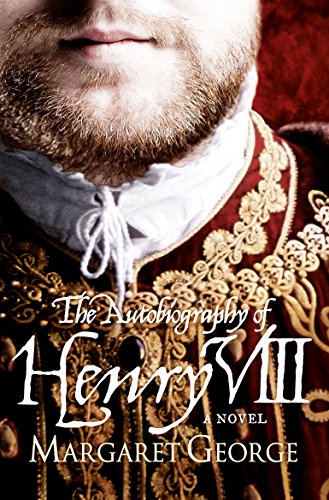 The Autobiography Of Henry VIII
by Margaret George

The Autobiography Of Henry VIII Summary

The Autobiography Of Henry VIII by Margaret George

This is the story of England's most famous, and notorious, king. The facts of Henry VIII's life and reign were more astonishing, poignant and outlandish than the plot twists of most fiction.

Henry's character was complex: he was a charismatic, ardent - and brash - young lover who married six times; a scholar with a deep love of poetry and music; an energetic hunter who loved the outdoors; a monarch whose lack of a male heir haunted him incessantly; and a ruthless leader who would stop at nothing to achieve his desires. His monumental decision to split from Rome and the Catholic Church was one that would forever shape the religious and political landscape of Britain.

Combining magnificent storytelling with an extraordinary grasp of the pleasures and perils of power, Margaret George delivers a vivid portrait of Henry VIII and Tudor England and the powerhouse of players on its stage: Thomas Cromwell, Cardinal Wolsey, Thomas More and Anne Boleyn. It is also a narrative told from an original perspective: Margaret George writes from the King's point of view, injecting irreverent comments from Will Somers - Henry's jester and confidant.

The Autobiography Of Henry VIII Reviews

"A remarkable achievement...Magnificently researched and admirably written." --"Mary Stewart" "Her novel is a...banquet feast for most readers...astonishing. There's rousing drama, robust atmosphere and consistently solid characterization; and finally, Margaret George's triumph is anchored in the urgent rhythm her writing attains." --"Forth Worth Star Telegram" "It doth brim with lust, violence, cruelty and living conservation...Margaret George has found a new and fresh way to tell the story. --"Detroit Free Press"

Margaret George is the author of several best-selling novels, including Mary Queen of Scotland and the Isles, Mary, Called Magdalene and, most recently, Elizabeth I. She travels widely to research her novels and lives with her husband in Madison, Wisconsin.

GOR001248804
The Autobiography Of Henry VIII by Margaret George
Margaret George
Used - Very Good
Paperback
Pan Macmillan
1988-05-18
944
0330298739
9780330298735
N/A
Book picture is for illustrative purposes only, actual binding, cover or edition may vary.
This is a used book - there is no escaping the fact it has been read by someone else and it will show signs of wear and previous use. Overall we expect it to be in very good condition, but if you are not entirely satisfied please get in touch with us.