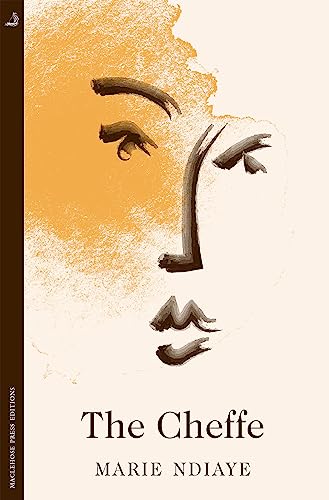 The Cheffe
by Marie NDiaye

Used Price
$15.99
Free Shipping in the US
An investigation into culinary genius, freedom and identity.
Reviews:
Trustpilot
Very Good

The Cheffe: A Culinary Novel by Marie NDiaye

"Marie NDiaye is so intelligent, so composed, so good, that any description of her work feels like an understatement" - Madeleine Schwartz, New York Review of Books

The Cheffe is born into a very poor family in Sainte-Bazeille in south-western France, but when she takes a job working in the kitchen of a couple in the Landes region, it does not take long before it becomes clear that the Cheffe has an unusual, remarkable talent for cooking. She dreams in recipes, she's always imagining food combinations and cooking times, she hunts down elusive flavours and aromas, and she soon usurps the couple's cook.

But for all her genius, the Cheffe remains very secretive about the rest of her life. She becomes pregnant, but will not reveal her daughter's father. She shares nothing of her feelings or emotions. And when the demands of her work and caring for her child become too much, she leaves her baby in the care of her family, and sets out to open her own restaurant, which will soon win rave reviews and be lauded by all.

But her relationship with her daughter will never be easy, and before long, it will threaten to destroy everything the Cheffe has spent her life perfecting.

There's the evenness of her prose, eminently polished, deliciously rhythmic, that seems to glide over the violence underneath . . . Who is this writer? And how did she get to be so good? * New York Review of Books *
Rich, meandering . . . NDiaye excels at luscious, forensic descriptions of the ritualistic preparation of food -- Catherine Taylor * Mail on Sunday *
A magnificent novel. A story of slow, violent beauty -- Olivia de Lamberterie * Elle *
Seared with incandescent prose, imbued with generosity, The Cheffe is the work of a supreme writer -- Jerome Garcin * Obs *
A virtuoso novel that borrows from the classics to create the life of a cheffe. Subtly sublime -- Nelly Kaprielian * Les Inrockuptibles *
The Cheffe joins the remarkable procession of intense, passionate heroines of Marie NDiaye -- Nathalie Crom * Telerama *

Marie NDiaye was born in France in 1967. She published her first novel at seventeen, and has won the Prix Femina (Rosie Carpe in 2001) and the Prix Goncourt (Three Strong Women, 2009). Her play Papa Doit Manger has been taken into the repertoire of the Comedie Francaise. In 2007, after the election of Nicolas Sarkozy, NDiaye left France with her family to live in Berlin.

GOR010717024
The Cheffe: A Culinary Novel by Marie NDiaye
Marie NDiaye
Used - Very Good
Paperback
Quercus Publishing
2019-11-12
288
0857058908
9780857058904
N/A
Book picture is for illustrative purposes only, actual binding, cover or edition may vary.
This is a used book - there is no escaping the fact it has been read by someone else and it will show signs of wear and previous use. Overall we expect it to be in very good condition, but if you are not entirely satisfied please get in touch with us.