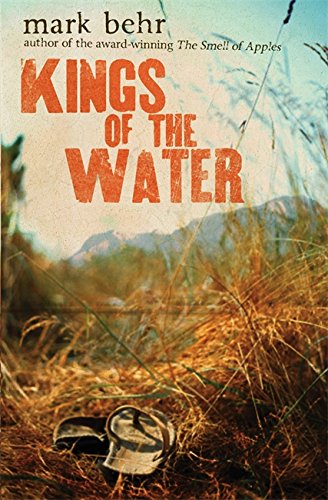 Kings Of The Water
by Mark Behr

In Stock
$9.99
* A beautifully written story which brings into focus the personal - a man's reconciliation with his father - and the big-picture-political: how South Africa comes to terms with its past
Like New Very Good Good
Only 1 left

Kings Of The Water Summary

Kings Of The Water by Mark Behr

When Michiel Steyn returns to the family farmstead in South Africa for his mother's funeral, he has spent close to half his lifetime abroad. But even after fifteen years' absence, neither Michiel nor those he left behind have truly come to terms with his terrible flight from the farm they called Paradise.

As Michiel submits himself to the rituals of mourning and remembrance in the small town and on the land where he became a man, all that has lain undisturbed for years is brought to light. A father's implacable fury and a brother's violent death, the loss of a child, the betrayal of love and the ugly memory of the dying days of apartheid all come between the prodigal and forgiveness. Michiel finds that he must confront not only his grief for his mother's passing but the painful truth of his own transgressions. Elegiac and chilling, poignant and profoundly thoughtful, Kings of the Water is at once a lament both personal and political, and a meditation on the potency of reconciliation.

Kings Of The Water Reviews

Mark Behr meshes the personal and political with a novel about forgiveness and reconciliation . . . this unsparing novel captures the internal stuggles of a man in crisis, and a post-apartheid world still circled by security fence s' Emma Hagestadt, Independent * `Superbly written, thoughtful and unflinching, this terrific novel explores the mentality of the Afrikaner male with wonderfully poetic use of the Afrikaans language' *
Kate Saunders, The Times

Born in Tanzania in 1963, Mark Behr later moved to South Africa with his family. His first novel THE SMELL OF APPLES won several awards and was shortlisted for several more.

GOR010255185
Kings Of The Water by Mark Behr
Mark Behr
Used - Like New
Paperback
Little, Brown Book Group
2009-10-30
256
034911370X
9780349113708
Short-listed for Commonwealth Writers' Prize Best Book (Africa Region) 2010 (UK) Long-listed for IMPAC Dublin Literary Award 2011 (UK)
Book picture is for illustrative purposes only, actual binding, cover or edition may vary.
This is a used book - there is no escaping the fact it has been read by someone else and it will show signs of wear and previous use. Overall we expect it to be in very good condition, but if you are not entirely satisfied please get in touch with us.