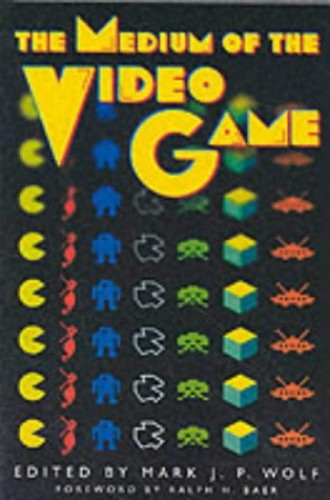 The Medium of the Video Game by Mark J. P. Wolf

An investigation of the video game as an artistic medium.

The Medium of the Video Game by Mark J. P. Wolf

Over a mere three decades, the video game has become the entertainment medium of choice for millions of people, who now spend more time in the interactive virtual world of games than they do in watching movies or even television. The release of new games or game-playing equipment, such as the PlayStation 2, generates great excitement and even buying frenzies. Yet, until now, this giant on the popular culture landscape has received little in-depth study or analysis.

In this book, Mark J. P. Wolf and four other scholars conduct the first thorough investigation of the video game as an artistic medium. The book begins with an attempt to define what is meant by the term "video game" and the variety of modes of production within the medium. It moves on to a brief history of the video game, then applies the tools of film studies to look at the medium in terms of the formal aspects of space, time, narrative, and genre. The book also considers the video game as a cultural entity, object of museum curation, and repository of psychological archetypes. It closes with a list of video game research resources for further study.

"This book offers a historical, formal analysis of video games that no other book to date has provided in such detail... Wolf also effectively investigates the scientific and market forces that aligned with the development of video games to create a powerful cultural force." - Heather Gilmour, Executive Producer, American Film Institute New Media Ventures
Mark J. P. Wolf is Professor of Communication at Concordia University Wisconsin.
GOR004524367
9780292791503
029279150X
The Medium of the Video Game by Mark J. P. Wolf
Mark J. P. Wolf
Used - Very Good
Paperback
University of Texas Press
2002-04-15
223
N/A
Book picture is for illustrative purposes only, actual binding, cover or edition may vary.
This is a used book - there is no escaping the fact it has been read by someone else and it will show signs of wear and previous use. Overall we expect it to be in very good condition, but if you are not entirely satisfied please get in touch with us
Trustpilot