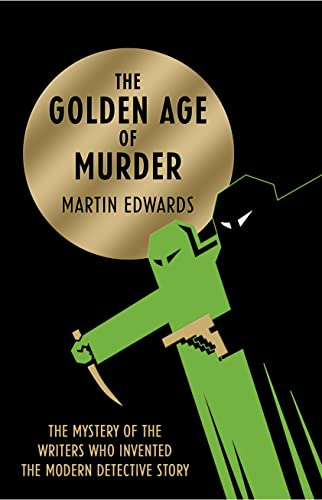 The Golden Age of Murder
by Martin Edwards

The Golden Age of Murder Summary

The Golden Age of Murder by Martin Edwards

Detective stories of the Twenties and Thirties have long been stereotyped as cosily conventional. Nothing could be further from the truth.

The Golden Age of Murder tells for the first time the extraordinary story of British detective fiction between the two World Wars. A gripping real-life detective story, it investigates how Dorothy L. Sayers, Anthony Berkeley, Agatha Christie and their colleagues in the mysterious Detection Club transformed crime fiction. Their work cast new light on unsolved murders whilst hiding clues to their authors' darkest secrets, and their complex and sometimes bizarre private lives.

Crime novelist and current Detection Club President Martin Edwards rewrites the history of crime fiction with unique authority, transforming our understanding of detective stories, and the brilliant but tormented men and women who wrote them.

The Golden Age of Murder Reviews

`Few, if any, books about crime fiction have provided so much information and insight so enthusiastically and, for the reader, so enjoyably' THE TIMES

`Illuminating and entertaining - provides a new way of looking at old favourites. I admire the way that Martin Edwards weaves the sometimes violent, sometimes unlawful, and always gripping true stories of these writers with the equally wild tales they tell in their books.' LEN DEIGHTON, author of SS-GB

`Edwards knows his business. He understands how to parcel out the clues and red herrings so as to feed the reader enough information to keep a variety of possibilities open, while making sure to prepare for a satisfying solution.' SEATTLE POST

`You can learn far more about the social mores of the age in which a mystery is written than you can from more pretentious literature. I mean, if you want to know what it was like to live in England in the 1920s, the so-called Golden Age, you can get a much better steer from mysteries than you can from prize-winning novels.' P. D. JAMES

Martin Edwards has published eighteen crime novels, including series set in Liverpool and the Lake District. He has won the CWA Short Story Dagger and CWA Margery Allingham Prize, and his latest book, The Golden Age of Murder, won the Edgar, Agatha, Macavity and H.R.F.Keating awards. Martin is consultant for the British Library's Classic Crime series, as well as Chair of the CWA and President of the Detection Club. He has edited 30 anthologies, published about 60 short stories, and written seven other non-fiction books.

CIN000016802
The Golden Age of Murder by Martin Edwards
Martin Edwards
Used - Very Good
Hardback
HarperCollins Publishers
2015-04-27
528
0008105960
9780008105969
Winner of Crimefest H. R. F. Keating Award 2016
Book picture is for illustrative purposes only, actual binding, cover or edition may vary.
This is a used book - there is no escaping the fact it has been read by someone else and it will show signs of wear and previous use. Overall we expect it to be in very good condition, but if you are not entirely satisfied please get in touch with us.