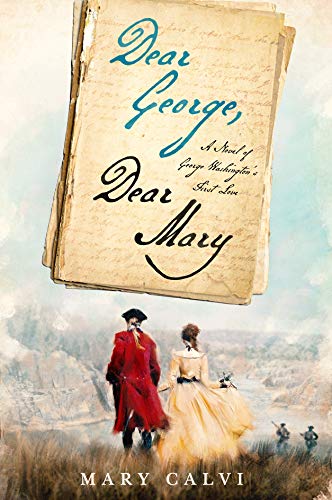 In Stock
$24.99
A novel about heiress Mary Philipse's relationship with George Washington, based on historical accounts, letters, and personal journals. 'Love is said to be an involuntary passion, and it is, therefore, contended that it cannot be resisted.' - George Washington
Very Good
Only 1 left

Unrequited love might have sparked a flame that ignited a cause that became the American Revolution. Never before has this story about George Washington been told. Crafted from hundreds of letters, witness accounts, and journal entries, Dear George, Dear Mary explores George's relationship with his first love, New York heiress Mary Philipse, the richest belle in Colonial America. From elegant eighteenth-century society to bloody battlefields, the novel creates breathtaking scenes and riveting characters. Dramatic portraits of the two main characters unveil a Washington on the precipice of greatness with his insecurities and his inspirations, using the very words he had spoken and written, and his ravishing love, whose outward beauty and refinement disguise madness. Dear George, Dear Mary unveils details of a deception long hidden from the world that ultimately led Mary Philipse to named a traitor, condemned to death and left with nothing. While that may sound like the end, ultimately both Mary and George, achieve what they always wanted - freedom.

"Calvi's portrait of Washington as an earnest young man striving for success but beleaguered on every front is
convincing and, in a way, endearing. It is also a fascinating and unique look at pre-Revolutionary War society, with its misunderstandings and simmering resentments, and notable for the author's use of contemporaneous documents." --Booklist

MARY CALVI spent years wondering about the heiress who lived in the grand manor in her hometown of Yonkers, New York. Curiosity propelled her to do her own research that spanned several years. This novel is based on what she uncovered. Calvi is a nine-time New York Emmy award-winning journalist. She serves as a New York television anchor and reporter. Mary is also First Lady of the city of Yonkers where she serves as a member of the board of Hudson River Museum. Dear George, Dear Mary is her first novel.

CIN000228928
Dear George, Dear Mary: A Novel of George Washington's First Love by Mary Calvi
Mary Calvi
Used - Very Good
Hardback
St Martin's Press
2019-02-12
336
1250162947
9781250162946
N/A
Book picture is for illustrative purposes only, actual binding, cover or edition may vary.
This is a used book - there is no escaping the fact it has been read by someone else and it will show signs of wear and previous use. Overall we expect it to be in very good condition, but if you are not entirely satisfied please get in touch with us.