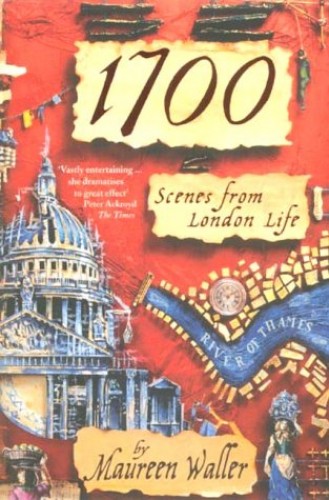 In Stock
$9,99
London in 1700 was recovering from the ravages of fire, plague and revolution. It was a capital on the verge of a new century, poised between the medieval past and a fabulous future.
Like New Very Good Good
Only 1 left

More than a capital city, Londoners had witnessed the unthinkable - the public execution of a king at Whitehall. Thousands had died in the Plague of 1665, then the Great Fire of 1666. But from the ashes rose a modern city, rebuilt with the shining dome of Christopher Wren's St Paul's Cathedral, symbolising a new strength and confidence. London, with a population of over half a million, was now Europe's largest, richest and most cosmopolitian city.

Maureen Waller describes a familiar yet alien world. Using anecdotes, detail and amusing contrasts, she draws on court records newspapers, and recorded eyewitness accounts to create a vividly colourful vision. of a city at a unique moment in its history.

A traditional, well-documented social history, pungent, entertaining and informative * Sunday Times *
Impressive learning, lightly worn, gives Waller's portrait a wonderfully vivid feel * The Scotsman *
fascinating new book... one realises, when reading this book, that one is reading nothing less than an account of the birth pangs of the modern age * New Statesman *

Maureen Waller was educated at University College London, where she read Medieval and Modern History. She took a master's degree at Queen Mary College, London in British and European History 1660-1714. After a brief spell at the National Portrait Gallery, she went into publishing. She has worked at many prestigious publishing houses and is currently editor-in-chief for fiction at Book Club Associates.

GOR010556456
1700 : Scenes from London Life by Maureen Waller
Maureen Waller
Used - Like New
Paperback
Hodder & Stoughton General Division
2001-02-01
400
0340739673
9780340739679
N/A
Book picture is for illustrative purposes only, actual binding, cover or edition may vary.
This is a used book - there is no escaping the fact it has been read by someone else and it will show signs of wear and previous use. Overall we expect it to be in very good condition, but if you are not entirely satisfied please get in touch with us.