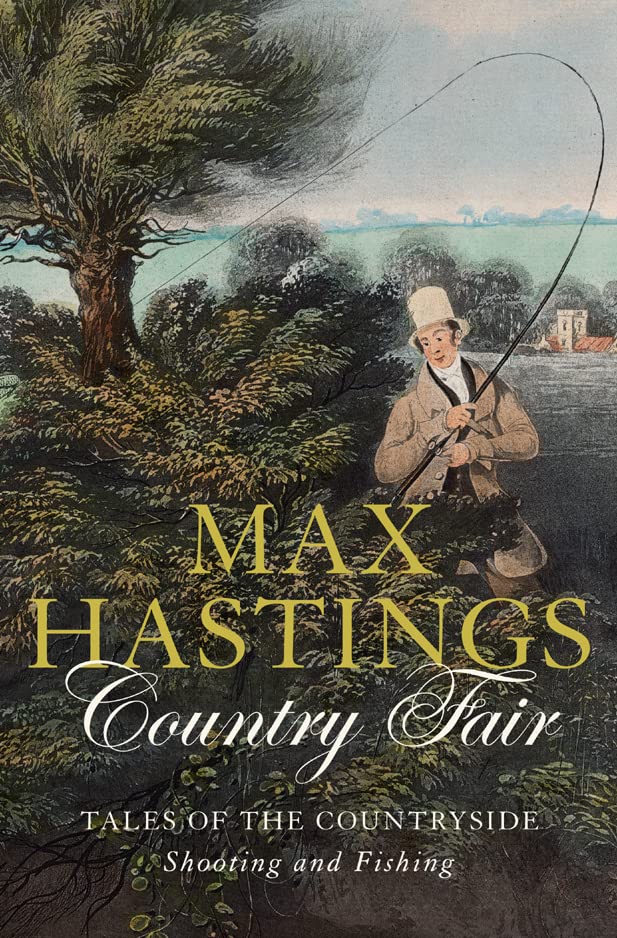 A new collection of rural writings celebrating the pleasures of the country life - in particular fishing and shooting - by the eminent military historian and former editor of the Daily Telegraph, Max Hastings.

Country Fair: Tales of the Countryside, Shooting and Fishing by Sir Max Hastings

A new collection of rural writings celebrating the pleasures of the country life - in particular fishing and shooting - by the eminent military historian and former editor of the Daily Telegraph, Max Hastings.

Max Hastings is known as a best-selling author of military histories (The Battle of the Falklands, Bomber Command, Armageddon, etc.) and as a former editor of the Daily Telegraph and Evening Standard, but his first loves are the countryside and its pursuits.

Whether walking up grouse in Scotland, tramping through snipe bogs in Ireland or catching salmon on the Tweed, this collection of articles and essays will delight all those who share his passions.

There are also trenchant essays on some of the big issues facing Britain's' rural areas: intensive farming, gun ownership, access to the countryside and, of course, the controversial issue of fox hunting.

Praise for Outside Days:

`A marvellous book, enthusiasm is at a discount in our colourless age. One warms to Hastings because he is an unashamed enthusiast.'
Raymond Carr, Literary Review

`A charming celebration of the country pursuits of hunting with rod and gun.'
Sunday Times

GOR007990049
Country Fair: Tales of the Countryside, Shooting and Fishing by Sir Max Hastings
Sir Max Hastings
Used - Like New
Hardback
HarperCollins Publishers
2005-10-17
288
0007198868
9780007198863
N/A
Book picture is for illustrative purposes only, actual binding, cover or edition may vary.
The book has been read, but looks new. The book cover has no visible wear, and the dust jacket is included if applicable. No missing or damaged pages, no tears, possible very minimal creasing, no underlining or highlighting of text, and no writing in the margins.