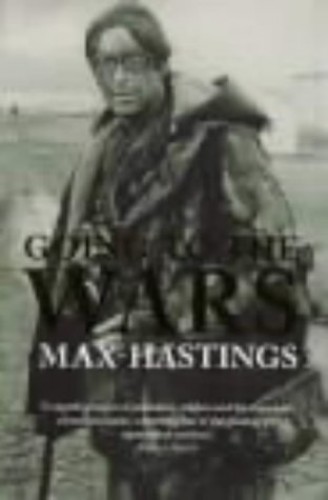 Going to the Wars
by Sir Max Hastings

Going to the Wars Summary

Going to the Wars by Sir Max Hastings

"A superb account of journalists, soldiers and the experience of modern battle, written by one of the greatest war reporters of our time." Robert Harris

Max Hastings grew up with romantic dreams of a life amongst warriors. But after his failure as a parachute soldier in Cyprus in 1963, he became a journalist, and a war correspondent instead. Before he was 30 he had reported conflicts in Northern Ireland, Biafra, Vietnam, Cambodia, the Middle East, Cyprus, Rhodesia, India and a string of other trouble spots. His final effort was as a war correspondent during the Falklands War.

Going to the Wars is a story of his experiences reporting from these battlefields. It is also the story of a self-confessed coward: a writer with heroic ambitions who found himself recording the doings of heroes when he understood that he did not have what it took to be a hero himself.

Customer Reviews - Going to the Wars

GOR001620018
Going to the Wars by Sir Max Hastings
Sir Max Hastings
Used - Very Good
Hardback
Pan Macmillan
2000-04-21
416
0333771044
9780333771044
N/A
Book picture is for illustrative purposes only, actual binding, cover or edition may vary.
This is a used book - there is no escaping the fact it has been read by someone else and it will show signs of wear and previous use. Overall we expect it to be in very good condition, but if you are not entirely satisfied please get in touch with us.