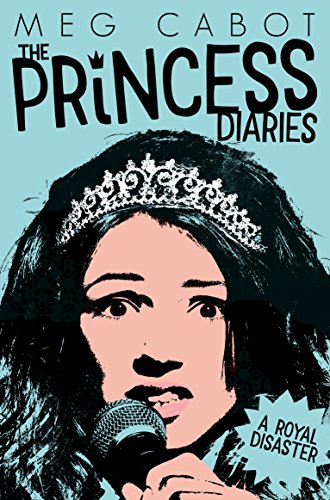 A Royal Disaster
by Meg Cabot

Used Price
$10.39
Free Shipping in the US
The second novel in the hilarious, bestselling The Princess Diaries series.
Reviews:
Trustpilot
Very Good Good

A Royal Disaster by Meg Cabot

Fourteen-year-old Mia Thermopolis is still struggling to come to terms with the fact that she's a princess - and heir to the throne of Genovia! But when she announces on national TV that her mum is pregnant by her algebra teacher and plans to marry him, a right-royal fuss results! Because now Mia's totally out-of-control Grandmere is all set to plan the year's biggest society wedding, with every A-list celeb invited. But will the bride and groom even turn up? And how can Mia find out the true identity of her mysterious secret admirer?

The Princess Diaries series continues to be phenomenally successful many years since its first publication. After topping the US and UK bestseller lists for weeks and winning several awards, Meg Cabot was crowned the 'reigning grande dame of teenage chick lit' by The New York Times Book Review. Two films produced by Disney based on the series have been hugely popular throughout the world.

GOR007322239
A Royal Disaster by Meg Cabot
Meg Cabot
Princess Diaries
Used - Very Good
Paperback
Pan Macmillan
2015-07-01
288
1447280636
9781447280637
N/A
Book picture is for illustrative purposes only, actual binding, cover or edition may vary.
This is a used book - there is no escaping the fact it has been read by someone else and it will show signs of wear and previous use. Overall we expect it to be in very good condition, but if you are not entirely satisfied please get in touch with us.